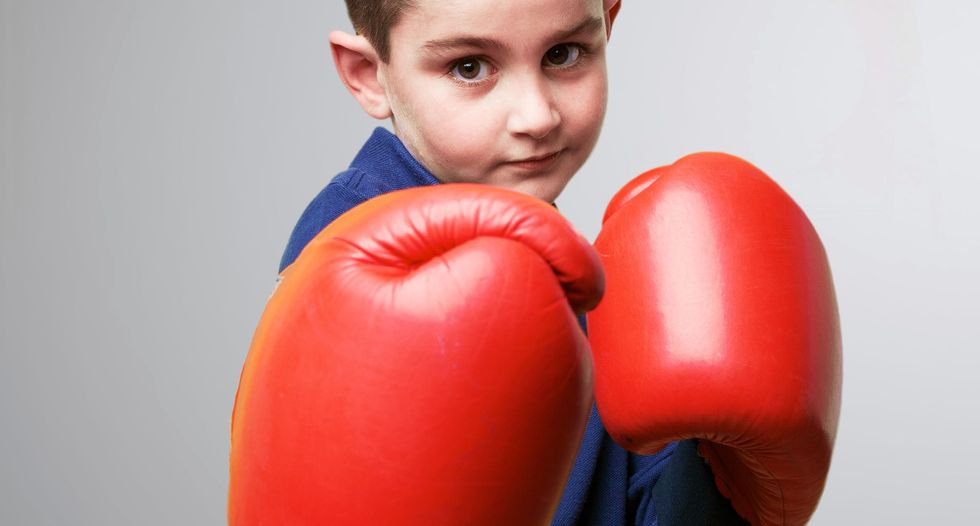 Two former employees at a New Jersey daycare center are accused of encouraging fights among young children, calling it a "fight club" and recording the clashes on video, prosecutors said on Tuesday.

The two instigated fights among children, aged 4 to 6, at the Lightbridge Academy in Cranford on at least one day in August, according to a statement from Union County Prosecutor Grace Park.

"While no children were physically harmed during this incident, we have a zero tolerance policy for anyone who acts in conflict with the core value of Lightbridge Academy – the safety and well-being of children," Brenda Febbo, a spokeswoman for Lightbridge Academy, said in a statement.

"As parents and caregivers, we are shocked and saddened by this isolated incident," she said, adding that Kenny and White have been fired.

Kenny was also charged with third-degree endangerment of the welfare of a child. She is accused of recording the fights on her cell phone and sharing the video clips with friends on Snapchat, prosecutors said.

In the videos, about a dozen young boys and girls can be seen shoving each other to the ground. The children involved did not sustain any known serious injuries, according to prosecutors.

Kenny and White are expected to appear in court for the first time on Friday.

Convictions on third-degree criminal charges can result in prison sentences of up to five years, while fourth-degree crimes carry a sentence of up to 18 months.