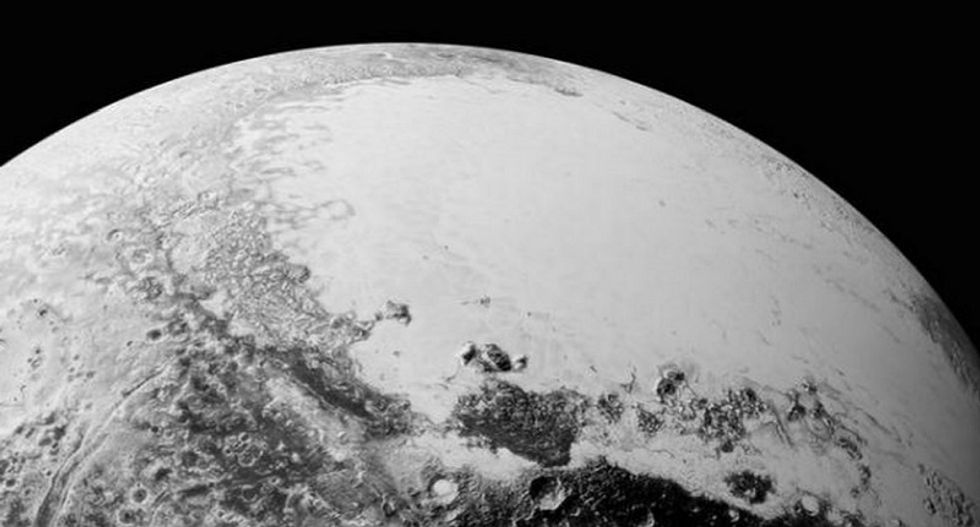 "Pluto is showing us a diversity of landforms and complexity of processes that rival anything we've seen in the solar system," said Alan Stern, principal investigator with the Southwest Research Institute in Boulder, Colorado, who is playing a key role analyzing data sent by the probe.

"If an artist had painted this Pluto before our flyby, I probably would have called it over the top -- but that's what is actually there," he said.

Long considered the farthest planet from the Sun before it was reclassified as a dwarf planet in 2006, Pluto has never before been explored.

In July, New Horizons -- a nuclear powered spacecraft about the size of a baby grand piano -- became the first spaceship to pass by Pluto.

By doing so, the unmanned probe has for the first time given scientists the chance to obtain close-up images from the distant and complex dwarf planet.

New Horizon began a yearlong download of new images and other data several days ago.

The pictures downloaded this past week have more than doubled the amount of Pluto's surface seen, at resolutions of about 400 meters (440 yards) per pixel.

NASA said New Horizons will continue to send data back to Earth until late next year.

The space agency also said that next week, the probe will beam images of Pluto's moons Charon, Nix, and Hydra.