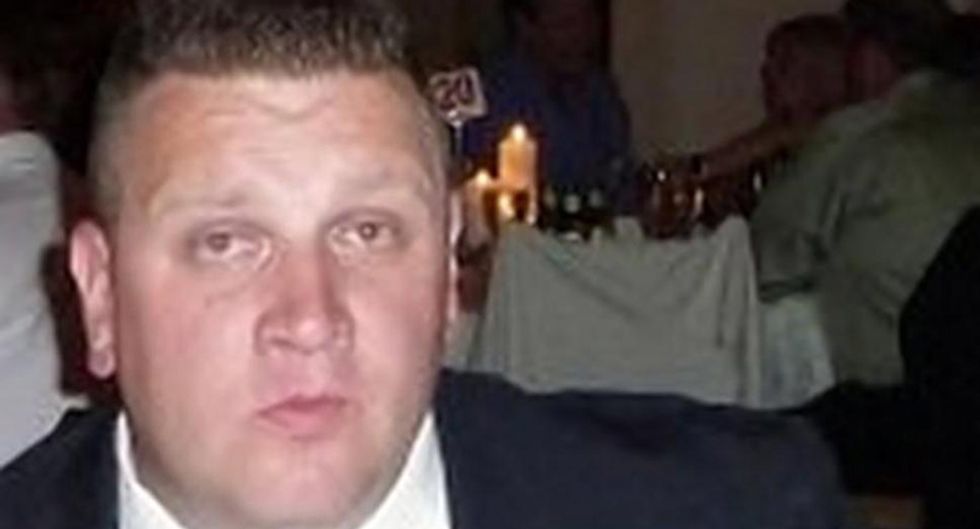 An NYPD officer if facing drunk driving and other charges after a blood sample taken following a crash showed him with an astounding .43 blood alcohol level, the New York Daily News is reporting.

Officer John Finley, 45, has been suspended after the blood test came back so high that one investigator said,  “At that level of toxicity he shouldn’t have been walking, let alone driving."

Finley was taken into custody after crashing his SUV into a guardrail on an expressway at 10:15 in the morning. According to a police report a bottle of Georgi Vodka was found inside the SUV and the arresting officer described Finley as "unintelligible."

The 6-foot-3, 295-pound Finley was taken in for examination and the blood was draw showing he had a BAC equivalent to 140-pound man who had downed 14 drinks within an hour.

“Even for a tolerant drinker, anything over .4 is extremely high,” said Dr. Richard Stripp, a clinical toxicologist in an interview. "When someone gets to this point, we are seeing things like blackouts and lost consciousness.”

Stu London, the attorney for Finley, said he had no comment on the charges against his client, "This will be litigated in the courtroom, not the media."

According to authorities, Finley, who has been on the force since 1990, once sued a drunk driver for injuries sustained in a fight during an arrest.