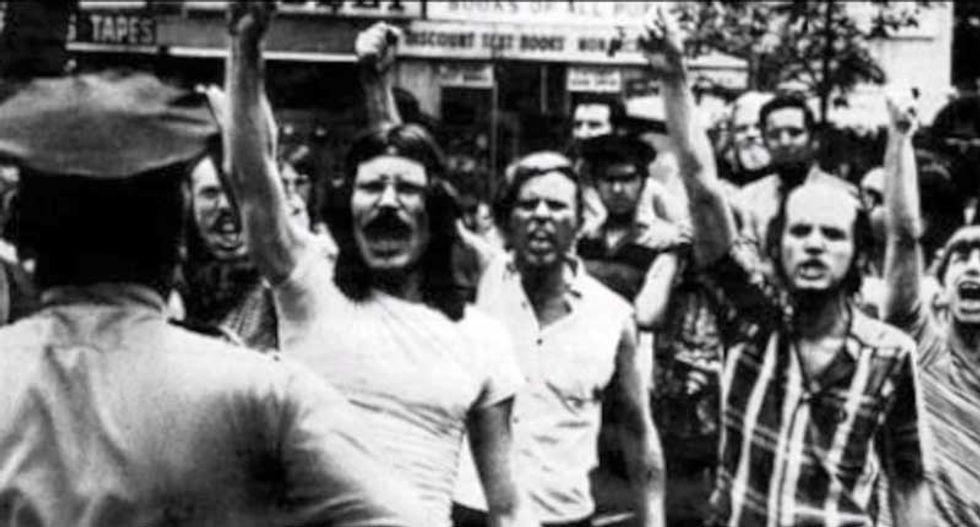 Screenshot from protests at Stonewall Inn

A New York congressman and senator announced plans on Sunday to designate Stonewall Inn in New York City -- the birthplace of the gay rights movement -- into a national park, reports the Washington Blade.

Over 40 years after a police raid on the watering hole pushed the gay community over the edge due to harassment, U.S. Rep. Jerrold Nadler (D) and U.S. Sen. Kirsten Gillibrand (D) say it is time to honor the site.

Plans for the historic designation were announced in June of this year and Sunday's announcement was timed to coincide with the debut of the “Stonewall” motion picture being released next week.

Police raided the bar on June 28, 1969, looking for liquor violations, and met with unexpectedly strong resistance that became a nearly week-long series of violent demonstrations against police harassment acknowledged today as a pivotal moment for the gay-rights movement.

The Stonewall Inn is already part of the Greenwich Village Historic District and was listed on the National Register of Historic Places in 1999.

According to lesbian activist Martha Shelley designating the site on a national level also helps to celebrate the people who took part in the early years of the gay rights movement.

“It’s important for people to know the history, and instead of being a shameful secret and being the kind of people who get destroyed really for being who they are, we ought to be celebrated for who we are,” Shelley said. “And it’s important for people to understand change has happened, those kinds of changes, because ordinary people protest, because ordinary people are out in the street.”