'No thanks for your service': Veteran says Chicago restaurant kicked him out because he had a service dog 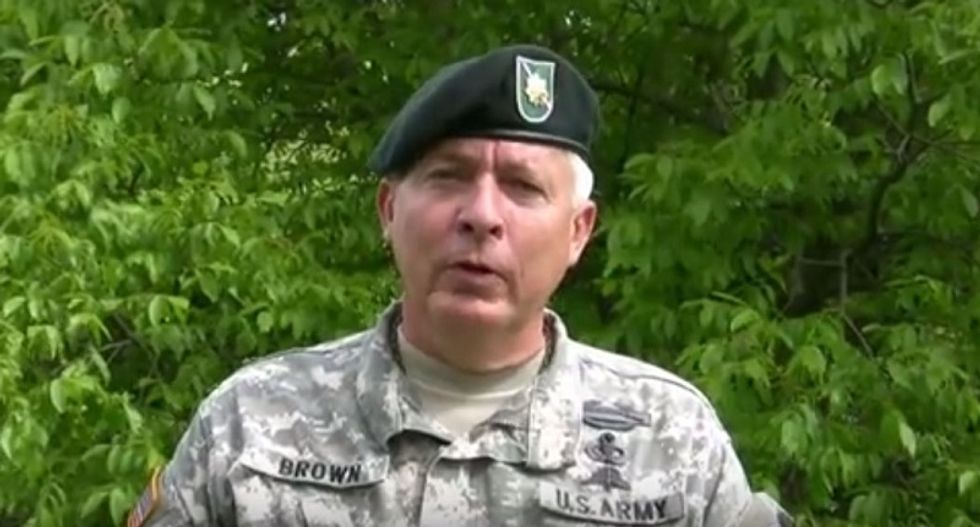 A French restaurant in Chicago was forced to apologize Saturday after a a military veteran said an employee refused to serve him because he was accompanied by his service dog.

The restaurant, Cochon Volant, received a slew of angry messages on social media from people angry about the incident Saturday morning. The veteran in question appears to be Diggs Brown, who wrote on Facebook:

"September 12. Veteran and service dog refused service and asked to leave the Cochon Volant Restaurant in Chicago. We were seated, ordered breakfast, and then the manager, Hanna, came over and told us I would not be served due to having a dog. I explained that Arthur was a service dog and the Americans With Disabilities Act (ADA) allows service dogs anywhere and she would be violating the law. 'I don't care' was her response. We left without causing a scene. Guess this would be a case of 'No thanks for your service.'"

According to Brown's website, he's a retired major with the Army Special Forces. He enlisted just before graduating college and last served in Afghanistan during Operation Enduring Freedom. He has been a local elected leader, is active in his community and is a public speaker.

According to the Americans With Disabilities Act (ADA), service dogs generally must be permitted in all places where the public is allowed to go, with very specific exceptions. Restaurants are not allowed to bar service dogs from accompanying their owners.

On Saturday, the restaurant responded to the accusation with an apology.

"The Cochon Volant family is both saddened and disappointed to hear this account of a veteran's experience today. Not only are we 100% aware of and in compliance with all ADA regulations regarding service dogs, we also have an acute appreciation for the service of veterans and we are happy to welcome staff members and employees who have honorably served this country."

"Actions speak louder than words," one user wrote. "How about a significant contribution to the Northern Colorado Veterans Memorial and a written apology, signed each employee? Major Brown served this country proudly close to three decades, and is denied service by this establishment?"

Another expressed doubt about the claim restaurant staffers are trained and aware of the ADA.

"Apparently you are not at all 100% informed nor is your staff of whom you apparently have not sufficiently trained," wrote Steve Johnson.