NYPD union head: Cops have 'earned the benefit of the doubt' despite James Blake incident 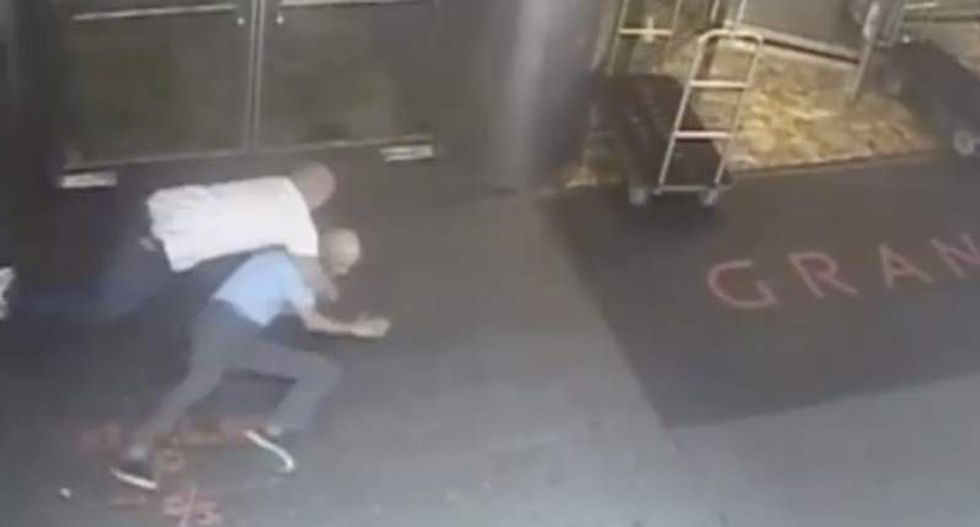 Ex-tennis star James Blake is shown tackled by a NYPD officer James Frascatore (L) in front of the Grand Hyatt hotel in New York on September 9, 2015 in this still image from a security camera video released on Sept. 11, 2015. REUTERS/NYPD/Handout

The head of the largest New York police union on Tuesday said the public should suspend judgment of an officer who tackled and arrested ex-tennis star James Blake outside of a Manhattan hotel last week.

The incident, which was caught on a widely circulated video, caused outrage and reignited a debate over the police use of force against men of color like Blake, whose father is black and mother is white.

"No one should ever jump to an uninformed conclusion based upon a few seconds of video," Patrick Lynch, president of the New York City Patrolmen's Benevolent Association, said in a statement titled "an open letter to all of those inclined to jump to conclusions."

"Let all of the facts lead where they will, but police officers have earned the benefit of the doubt because of the dangers we routinely face, Lynch said."

"In attempting to justify Mr. Frascatore’s indefensible conduct by reference to the risks and rigors of police work, Mr. Lynch badly disserves himself and the many honorable officers he is sworn to represent," Marino said in his written response. "Nothing about Mr. Frascatore’s terrifying interaction with James Blake bore any resemblance to due process of law."

Blake, 35, was outside of Manhattan's Grand Hyatt Hotel when he was approached by Frascatore and other plainclothes officers and slammed to the ground. He was waiting for a ride to tennis' U.S. Open in the city's borough of Queens.

Police have said Blake was wrongly identified by "a cooperating witness" as being involved in selling fraudulently purchased cellphones. They said that allegations of excessive force would be investigated internally.