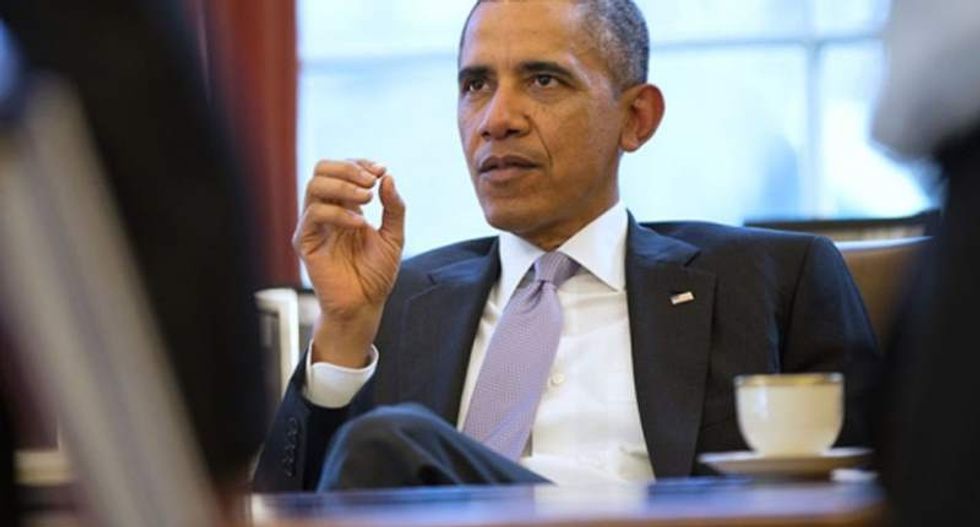 President Barack Obama said he hopes major countries agree to "aggressive enough targets" to cut carbon emissions at climate talks in Paris later this year, but he said any deal will fall short of what is needed to slow global warming.

"I'm less concerned about the precise number, because let's stipulate right now, whatever various country targets are, it's still going to fall short of what the science requires," Obama said in an interview published in Rolling Stone magazine.

Countries are submitting pledges to cut emissions ahead of the UN summit. So far, those pledges are estimated to limit warming to 3 degrees Celsius.

Obama said "a percent here or a percent there" in pledged cuts "is not going to be a deal breaker," but said it was critical to set up a system to require countries to review their pledges every five years and continue to make cuts after the Paris talks conclude.

"The key for Paris is just to make sure that everybody is locked in, saying, 'We're going to do this.'" Obama said in the interview, which was conducted on Sept. 1 in Kotzebue, Alaska, a small town north of the Arctic circle.

The article was released on Wednesday, coinciding with a visit to the White House by Pope Francis, who has urged the world to address climate change.

With only 16 months left in office, the Obama administration is pushing to make curbs on carbon emissions a key part of what Obama hopes will be his presidential legacy.

He tried early in his first term to legislate a market-based system to "cap and trade" emissions, but Congress failed to back the plan. "We hadn't built enough of the consensus that was required to get that done," Obama said in the interview.

Obama also recalled the "disorganized mess" in Copenhagen in December 2009, during the last UN summit on climate change, which failed to produce a deal.

"I still remember flying in that last day, and nothing was happening, and I literally had to rescue the entire enterprise by crashing a meeting of the BRIC countries [Brazil, Russia, India and China] and strong-arming them into coming up with at least a document that could build some consensus going into the future," Obama said.