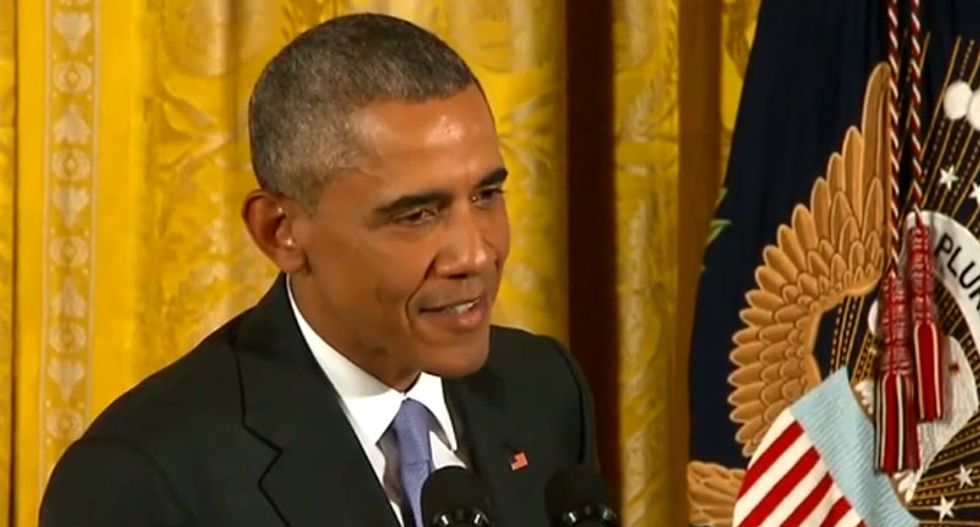 President Barack Obama will sign an executive order on Monday in Boston requiring U.S. government contractors to offer seven days of paid sick leave a year to their workers, the White House said.

Senior adviser Valerie Jarrett told reporters on a conference call on Sunday that the United States was the only developed country that did not have a paid leave policy and that the executive order would benefit about 300,000 people working on government contracts.

"Everyday, the president sees the pressing need for policies to support working families," said Jarrett. "There are letters that come his way from hardworking Americans, who live everyday with the anxiety that comes from being one ailment or one injury away from losing a job, losing their livelihood and ability to look after their families."

Starting in 2017, workers on government contracts will earn a minimum of one hour of paid sick leave for every 30 hours worked. Contractors can offer more generous amounts at their discretion.

The executive order follows a series of measures by the White House to expand access to paid leave. In January, Obama issued a Presidential Memorandum directing the government to advance up to six weeks of paid sick leave for the birth or adoption of a child, or for other sick-leave eligible uses.

Obama also called on Congress to pass legislation giving government employees six additional weeks of paid parental leave. Labor Secretary Thomas Perez said he could not say what the cost of implementing the seven-day paid leave rule would be to contractors.

"We believe the cost of implementing this rule is offset by the efficiencies that come with reduced attrition, increased loyalty, all of those things that have been documented in a number of studies of state laws that have been enacted," Perez said on the call.

Obama will also use the trip to Boston to renew his call for Congress to pass the Healthy Families Act, which would require all businesses with 15 or more employees to offer up to seven paid sick days each year.