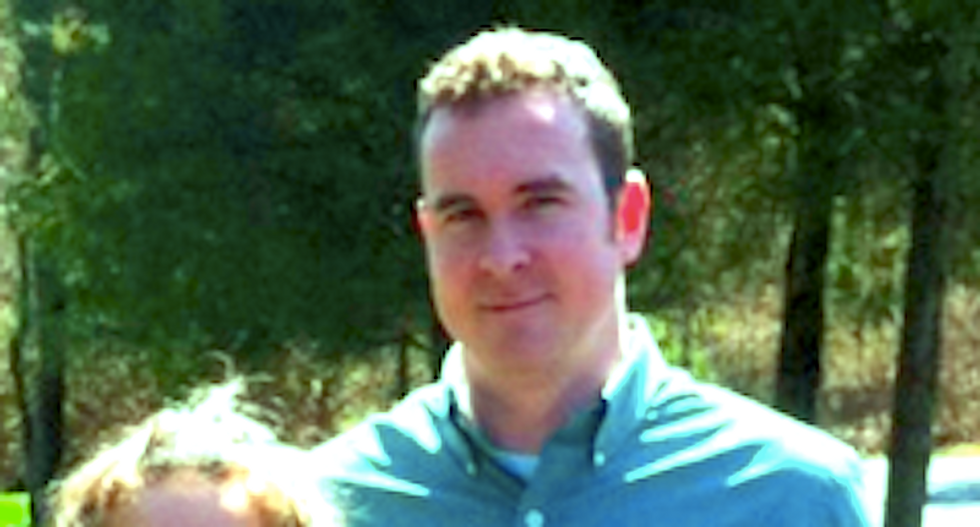 An Ohio man is asking for money after he claims he was fired for recommending an anti-LGBT movie to a pair of lesbian co-workers.

Chris Routson, of Monroe, contacted the producers of "Audacity," which uses clumsy metaphors to urge Christians to steer LGBT acquaintances away from their "sinful" lifestyle, after he was terminated from a metal processing contractor.

"I have had good reviews from my supervisors for the past 13 years at my job, and I have always been outspoken about my faith to other employees and have never had any problems up until the last week of my employment," Routson told Charisma News.

He claims his employer fired him not because of his faith, but because he made the women "uncomfortable."

Routson sent a lesbian co-worker a Facebook friend request and recommended "Audacity" on his own time from home, and he said the woman didn't seem to mind.

But his boss told him the next day to knock it off, and Routson told his employer he could not keep quiet about his religious faith.

The supervisor told him the issue was not his faith, but he was making co-workers feel uncomfortable.

Routson shared his religious views two days later with another co-worker, saying he likes to "share the gospel" with every new person he meets.

"If they still want to be my friend then I have gained a friend," said Routson, who recommended "Audacity" to that woman, as well.

Routson must not have made a friend, because he was sent home from work two days later and then fired the following day.

"Chris’ desire was to lovingly and gracefully share his faith," his fundraising page says. "He didn’t single out homosexuality but said that all people need to repent and put their trust in Jesus. He never intended to make anybody feel uncomfortable and had no idea that he was putting his job (of 14 years) at risk."

The film's producer, creationist pastor Ray Comfort, isn't sure whether the "Audacity" recommendation caused Routson to lose his job -- but he's hoping to gain some publicity from the firing.

"'Audacity' was produced particularly to show that Christians don't hate homosexuals," Comfort said. "We deliberately didn't stereotype or vilify homosexuals even slightly. Before it was released, one reviewer said that it had the potential to bring reconciliation between the LGBT and Christians."

Comfort said he had received positive feedback from two LGBT viewers about the film, which depicts a man showing his Christian love by trying to rescue gays and lesbians from eternal damnation.

Watch a trailer for "Audacity" posted online by Living Waters: