Oregon cop's 'klepto kitty' brings home bag of pot: 'It was just a little bud, but it was definitely weed' 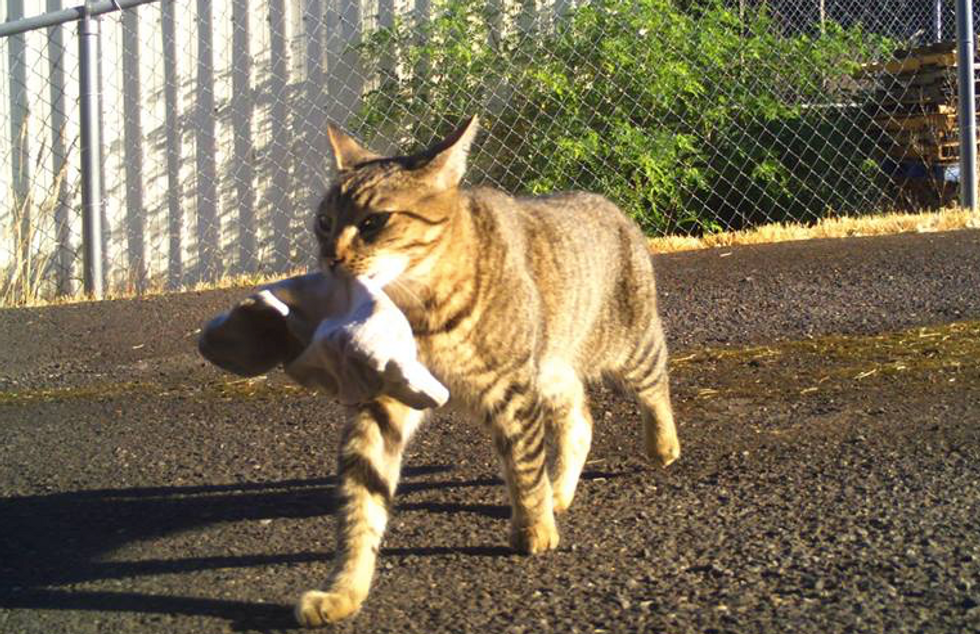 An Oregon police sergeant was startled to find that his pet cat brought him something unusual after a night out hunting.

According to the New York Daily News, Sergeant Dave Kempas of the West Linn Police couldn't figure out which one of his cats was bringing home strange trophies overnight until he set up a night-vision camera.

Tigger that cat has brought his owner pairs of underwear, a Batman mask, a My Little Pony doll, candy wrappers, ice cream cups and other debris from the high school campus near their home, but one morning's haul included a small amount of marijuana.

"It was just a little bud, but it was definitely weed. I'm sure he got that from over here by the high school," said Kempas, 59. "I told him, 'you can't be bringing this stuff home!'"

The four-year-old party animal has his own Facebook fan group now, "Happy Kleptokitty" with nearly 6,000 "likes."

"He's part of my daily routine now," Kempas said. "I get up, get my cup of coffee and see what the cat left in the driveway for me."

Kempas sorts out the toys and clothes and other useful items and donates them to Goodwill. The rest he throws away or recycles. The police officer said he doesn't know why Tigger seems to prefer these types of "kills" over things like mice and birds.

"He seems to substitute birds, mice and snakes, with socks, candy wrappers and weed," Kempas said.