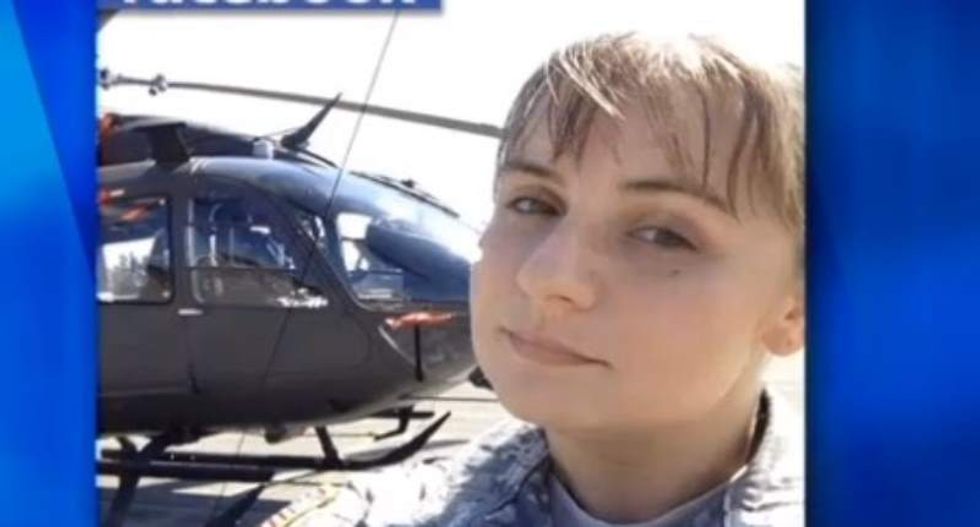 An Oregon woman who told police she had wanted to kill someone with her bare hands has been charged in Montana with deliberate homicide in the strangling death during a road trip of a homeless man she had been dating, according to court documents.

Lindsay Haugen, 32, of Portland, was arrested on Tuesday in Billings, Montana after she confessed to police that she had killed Robert Mast, 25, authorities said. Haugen, who remained jailed on Friday on a $400,000 bond, could face up to life in prison if convicted.

Haugen, who began dating Mast in August after meeting him in Washington state, was on a road trip with him to North Dakota when they decided to stop in Billings, according to court documents.

There, they drank so much wine and ate so much pizza that they needed to lie down outside her car in a Wal-Mart parking lot, where another driver spotted them and telephoned police about a possible drunken driver, according to the documents.

Haugen said when she and Mast got back in the car, he told her he wanted to die, according to the documents.

She responded that she could “make it happen” if he were serious, police said in an affidavit. Haugen later told investigators she saw Mast’s death wish as an opportunity to try killing someone with her bare hands, Billings police said in the affidavit.

"She killed R.M. because she wanted to kill someone with her bare hands," the police affidavit said, using the victim's initials and citing police interviews with Haugen.

Haugen’s attorney did not immediately respond to a request for comment.