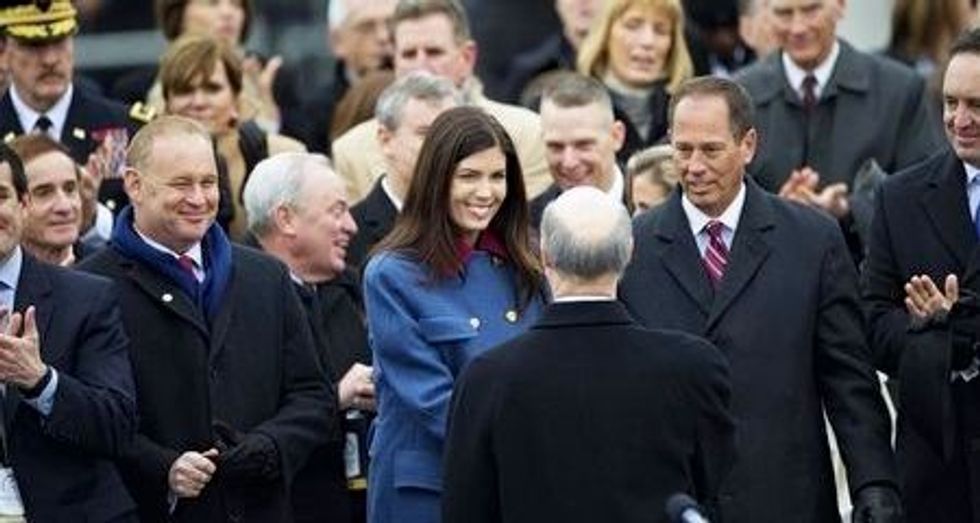 Pennsylvania's highest court on Monday temporarily suspended the law license of embattled Attorney General Kathleen Kane as she fought criminal charges that she leaked confidential information about an investigation to a newspaper reporter.

The Pennsylvania Supreme Court ruled unanimously that Kane, a Democrat, can no longer practice law while she fights both permanent removal from the bar and the criminal charges against her. But it stopped short of removing her from office immediately.

"This order should not be construed as removing [Kane] from elected office and is limited to the temporary suspension of her license to practice law," the court said in its order.

There are three Republicans and two Democrats on the high court, as well as two vacancies.

Kane was indicted this summer on charges of leaking protected grand jury information to a Philadelphia newspaper reporter and allegedly lying in testimony about the matter.

She has publicly suggested that the charges against her were retaliation for exposing the sending of sexually explicit or offensive e-mails among former prosecutors who worked for her predecessor and members of the Supreme Court.

The e-mails were discovered accidentally when she investigated how her predecessor, Tom Corbett, carried out his investigation of former Penn State assistant football coach Jerry Sandusky, who was later convicted of sex crimes against boys.

Kane issued a statement on Monday afternoon expressing disappointment in the suspension of her license but gratitude that the court allowed her to continue as attorney general.

Pennsylvania's constitution requires the attorney general to be a member of the Bar Association, but the Supreme Court has always had the last word on matters relating to lawyer discipline.

She vowed to keep working to "root out the culture of misogyny and racially/religiously offensive behavior that has permeated law enforcement and members of the judiciary" in Pennsylvania for years.