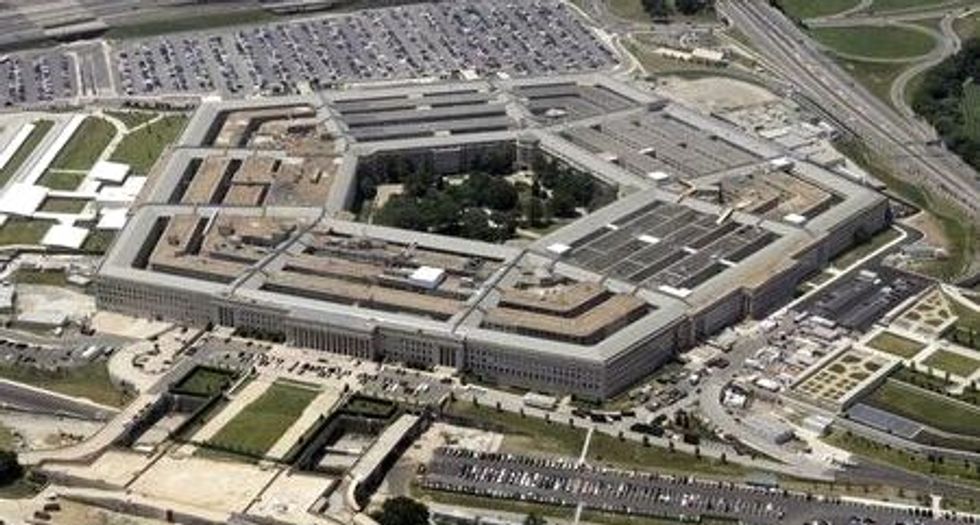 An aerial view of the Pentagon building in Washington, June 15, 2005.

The Pentagon's Inspector General is investigating whether U.S. military personnel tried to get the U.S. government to pay them back for bills they racked up at casinos and strip clubs, using official travel charge cards.

In May, the Pentagon watchdog reported that Defense Department employees spent $952,258 at casinos and another $96,576 at "adult entertainment establishments" using the cards during a year-long period.

"Our objective is to determine whether (Defense Department) cardholders who used government travel cards at casinos and adult entertainment establishments for personal use sought or received reimbursement for the charges," the memo said.

The memorandum also said the investigation would look into whether disciplinary action was taken in cases of personal use.

In the May report, the Inspector General noted one case where a member of the Air Force was demoted after spending $4,686 at Sapphire Gentlemen's Club in Las Vegas, Nevada.

The airman tried to spend an additional $920 but had already exceeded his credit limit, the report said.

The U.S. Defense Department has about 1.6 million card holders, who are meant to use the cards for official travel-related expenses only. During the year of the audit, from July 1, 2013 to June 30, 2014, cardholders racked up transactions totaling $3.4 billion.

The May report can be seen here: http://www.dodig.mil/pubs/documents/DODIG-2015-125.pdf