People are not being pointlessly mean to that Victorian couple 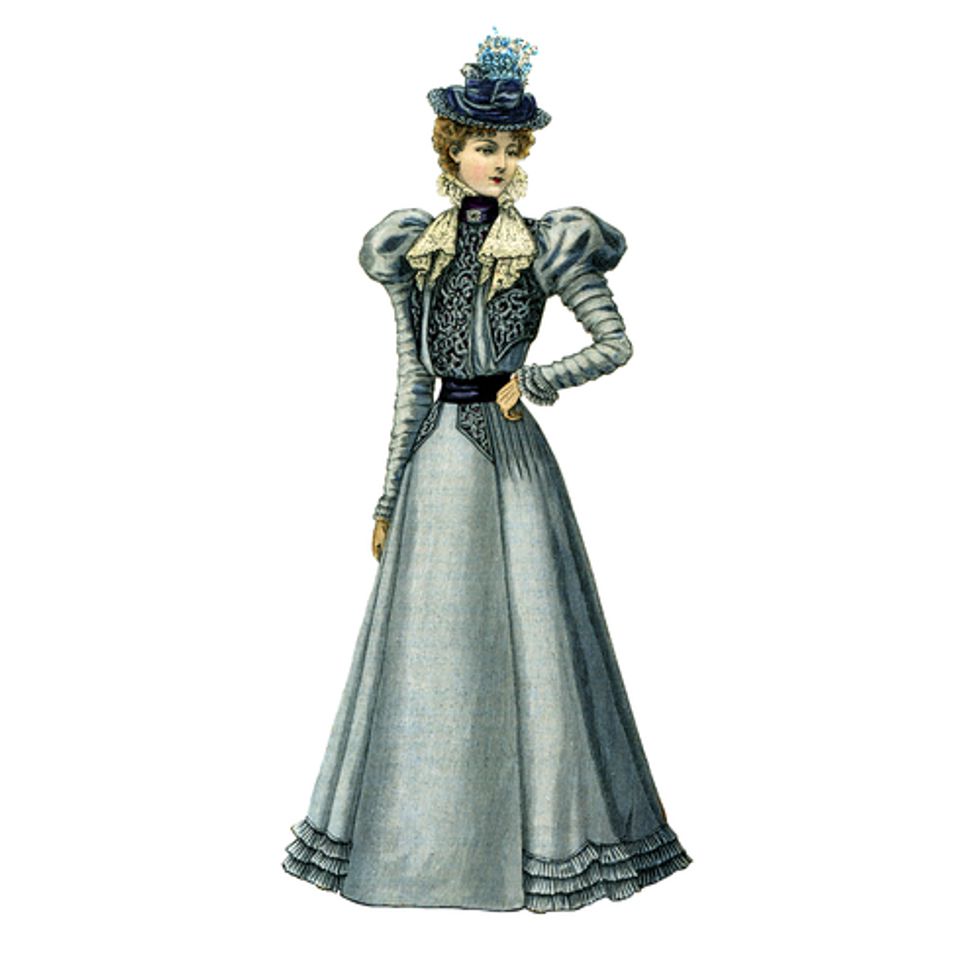 Pretty to look at, but not a way to live.

Well, I suppose this was inevitable. After a day of people making fun of this woman who explained on Vox how she and her husband "live" like they are in 1880, now we've got the "stop being mean and making fun of people" backlash. For those who haven't followed the story, Sarah Chrisman wrote a piece about how she and her husband Gabriel have convinced themselves that they are somehow reliving the 1880s because they dress funny and refuse to use electric lights. It was bourgeois delusion at its utter finest and of course the internet, including myself, had to make just so much fun of them. For one thing, they seemed to think that living in an era is about little more than using their gadgets and dressing like them. For another thing, there was a certain self-satisfaction about how they are better than all you modern people with your phones and TVs that was, no matter how gently stated, judgmental, and so people's reactions were understandable self-defense.

But Alexandra Molotkow at The Hairpin thinks we're all just a bunch of meanies who are picking on people because they are different.

I get the impulse to scorn those who don’t really mean it and pursue self-distinction in lazy, entitled, performative ways. But these freaks heat their home with 19th-century gas heaters, and sleep with water bottles when it gets cold, not to dabble in hardship, but because they like living this way, and what more do you need as proof of commitment? I say “freaks” because they are freaks, and I like freaks! I wouldn’t want to live in a world without them.

And I like to see people put care and effort into their lives and appearances. There’s nothing all that deviant about organizing your world around an aesthetic principle or rarefied interest; since time immemorial, people have been finding hokey things to take seriously. Maybe there’s a line between the authentic and the inauthentic lifestyle, but I don’t know where that line is.

The problem is that they weren't actually just holding it out as an aesthetic preference, though god knows their obsession with stuff might make you think otherwise. Chrisman was making both moral and intellectual claims about their lifestyle, both of which are suspect. Chrisman obviously believes that living in the modern world somehow alienates you from truth, talking about how their life "keeps us far more in touch with the natural seasons", as if the Victorians lived in some kind of primitive hunter-gatherer world instead of at the height of the Industrial Age.

She also wrote these amazing sentences: "We live in a world that can be terribly hostile to difference of any sort. Societies are rife with bullies who attack nonconformists of any stripe."

As a friend of mine who is a Victorian specialist told me, "You know who hated difference of any sort? Victorians!" To which I say, exactly. Chrisman's piece was an object lesson in the dangers of nostalgia. She and her husband clearly love to imagine the era as a time when they, with all their weirdness, would get love and acceptance, but I say to you right now that is not true. As more than a few people pointed out on Twitter, she wouldn't even have the legal right to vote.

But it wasn't just the understandable wariness that people feel towards a couple of fussy white people who long for a time when women couldn't vote and everyone who was not a white Protestant was treated as subhuman. It's also that they hold themselves out to be scholars who truly understand what Victorians must have been and felt like because they use their stuff.

We're devoted to getting our own insights and perspectives on the era, not just parroting stereotypes that "everyone knows." The late Victorian era was an incredibly dynamic time, with so many new and extraordinary inventions it seemed anything was possible.  Interacting with tangible items from that time helps us connect with and share that optimism. They help us understand the culture that created them — a culture that believed in engineering durable, beautiful items that could be repaired by their users. Constantly using them helps us comprehend their context.  Absorbing the lessons our artifacts teach us shapes our worldview. They are our teachers.  Seeing their beauty every day elevates and inspires us, as it did their original owners.

A lovely idea. Also total horseshit, as Peter Shulman, a historian, pointed out on Twitter:

Ding ding ding! If you think that you know what it's like to be a lady in 1880 because you reject store-bought bread and love using an inkwell, then you don't know the first thing about what it was actually like to be a lady in 1880. Because someone like that would have been over the moon to be given a ballpoint pen to write with. These items didn't go away because of some nefarious modern conspiracy. They went away because people, reasonably, didn't like the inefficiency and messiness of them. Or, when it came to giving up corsets, it was a combination of sexual liberation and just plain common sense.

Chrisman brags about throwing out her refrigerator and replacing it with an icebox. An actual Victorian woman would have thought her brains were falling out of her head. They think they are getting closer to Victorian thinking, but they are actually ignoring the very ingenuity and urge towards progress that Chrisman claims to admire.

That, plus they're bad at it. All their photos are in color, with naturalistic poses, while they smile. While those kinds of photos existed---well, not color, but the rest of it---in 1880, if they really wanted to capture that Victorian vibe, they'd sit stiffly and unsmiling while giving the camera a dead-eyed stare. That part was probably not as irritating to most of their detractors, but it got to me, yo.

I just hope that Chrisman doesn't try to die of consumption. It seems very romantic in Victorian novels, but actually wasting away while coughing up blood is kind of gross.