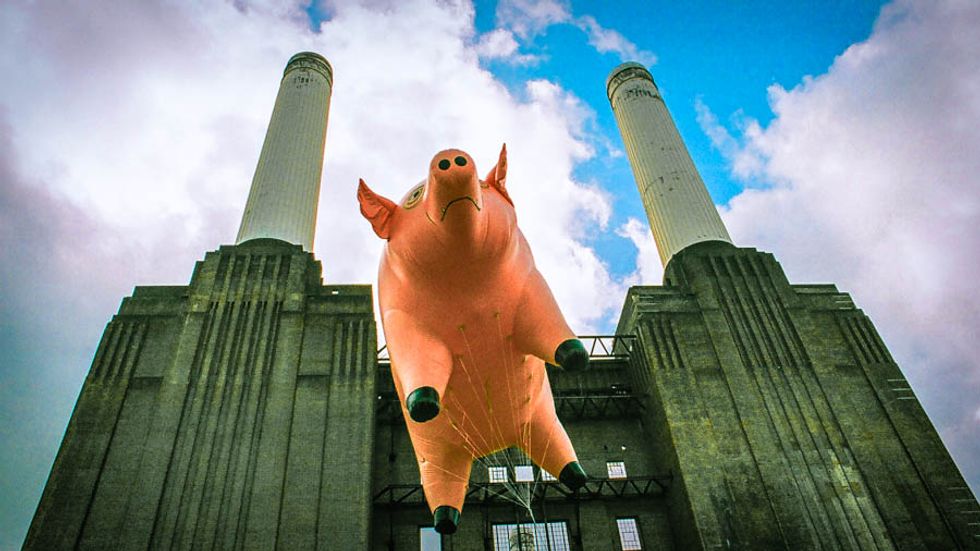 In an interview with Rolling Stone, Waters described the billionaire candidate as "the epitome of anything that might be considered bad."

Waters said that Trump was amusing to watch "except it's not funny that he's as popular as he is."

"His ideas [are] not outlandish at all. It's American exceptionalism gone crazy and delivered under the umbrella of absolute ignorance," the singer continued. "He is pig-ignorant and he always was and he always will be. He lives in the illusion that he's admirable in some way. And obviously for somebody like me, he stands for everything that is not admirable in American society."

Waters called Trump's "Let's Make America Great Again" motto "the worst possible slogan anybody could ever come up with."

"It's silly and disgusting as well, unless they wanted to hark back to the potential," he opined. "If the Founding Fathers hadn't been so up their own asses, they might have come up with a system that fell somewhere between [a republic and a] democracy that was going to work and that had proper checks and balances to prevent it disintegrating into what it has become, which is a country for sale to the highest bidder with the Supreme Court at the top of it, who's appointed by the highest bidder eventually."

And according to the English musician, the American media was partly at fault for Trump's popularity.

"The mainstream media in this country tend only to report a very limited section of ideas and views," he noted. "So it's perfectly understandable why people would believe Donald Trump's nonsense, because it's important to the 1 percent to propagate and disseminate these theories and these system beliefs in order to retain control. It's organized theft on a giant level, a huge scale, and is extremely efficient and well-organized."

"There were millions of Native Americans and you killed them all," he pointed out. "So the idea where, oh good, we've got this huge very rich thing, we're going to keep everybody ... no you're not. It's a joke. There's no possible way. It's called osmosis. Human beings will travel."

"Osmosis is the movement of molecules from an area of high concentration to an area of lower concentration through a semipermeable membrane; well, you can build any wall you like and it's still semipermeable and it always will be," Waters added. "And people will always go. If they're poor as shit over there and they think you're rich, they will move across the border and why shouldn't they?"