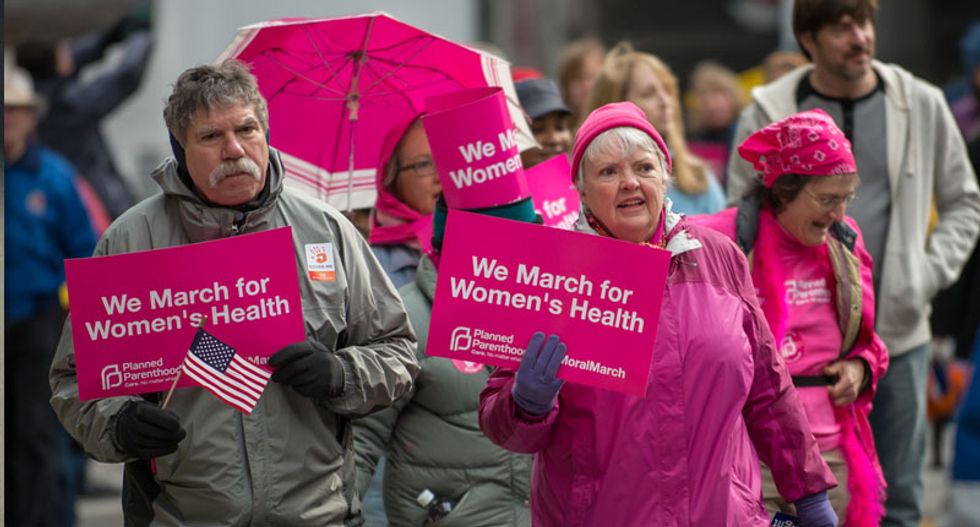 Planned Parenthood filed a lawsuit in federal court on Friday seeking to a block a move by Arkansas Governor Asa Hutchinson that cut state funding for certain programs the reproductive health provider has in the state, the group said.

Arkansas was one of several Republican-controlled states that have cut funds for the organization in the wake of the release of videos by anti-abortion activist group Center for Medical Progress, in which a Planned Parenthood official is seen talking about transactions involving fetal tissue.

Planned Parenthood has denied any wrongdoing.

"Governor Hutchinson has no business telling women in Arkansas where they can and cannot go for cancer screenings, birth control, HIV tests and other care," said Cecile Richards, president of Planned Parenthood Federation of America.

In August, Hutchinson said the state would cut off contracts with Planned Parenthood because its values did not represent those of the people of Arkansas.

The Arkansas contracts involved services including nurse practitioners, pharmacy and family planning and were delivered through the Arkansas Medicaid program. No state funds were used for abortions, except in the case of incest, rape or when the life of the mother was at stake.

Planned Parenthood has come under massive criticism from Republicans and has been investigated by several Republican-controlled states following the release of the videos.

Conservatives have pushed to cut off federal funding for Planned Parenthood as the U.S. Congress works on a stopgap funding bill for the federal fiscal year beginning Oct. 1.

Democrats have made clear, however, that a Republican attack on Planned Parenthood's funding, which totals more than $500 million a year, would likely prompt a veto by President Barack Obama. That in turn could lead to a government shutdown due to the political bickering between Republicans and Democrats.