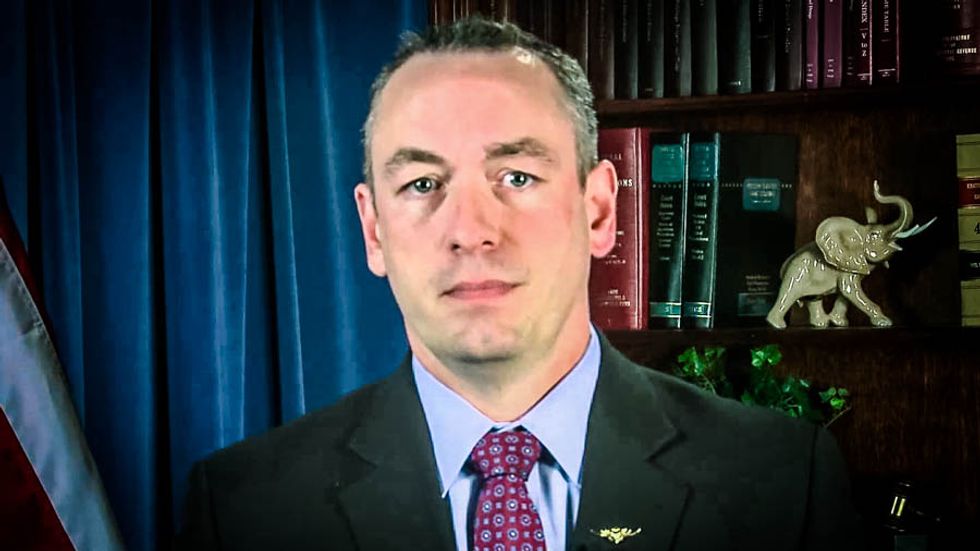 Police in Nebraska this week accused the son of former Republican U.S. Senate candidate Shane Osborn of participating in a violent robbery and an attempted robbery.

According to the Douglas County Attorney’s Office, 18-year-old Avery Osborn disguised himself with a bandana, hat and dreadlocks when he and two other teenagers tried to commit two or more robberies, the Omaha World-Herald reported.

In an arrest affidavit, Douglas County Sheriff’s Deputy William Woodward noted that two white men tried to force their way into a Norfolk home after 10 p.m. on Sept. 3.

After the home owner tried to block the men from entering, the suspects fled. A "projectile" that was thought to be BB was said to be fired at the homeowner as the men ran away.

About 30 minutes later, an 18-year-old woman reported that she had been robbed, and that one of the suspects punched her in the face. A 55-year-old victim said that the men pushed him down some stairs.

The woman said that the men fled with her backpack in a "light tan or gold vehicle" with the word "Norfolk" on the license plate.

Police interviewed 18-year-old Brandon Godden at a restaurant in Norfolk after he was identified by the first victim's son. A second teen, 18-year-old Erik Griffith, admitted to police that he had been the driver on the night of the crimes.

While police were interviewing Godden and Griffith at the restaurant, the affidavit stated that Avery Osborn pulled into the parking lot driving a gold SUV with plates that said "Norfolk."

A hat, bandannas and dreadlocks were found in the vehicle. A backpack that was believed to be stolen from one of the victims was also found in the SUV.

All three teens were charged with robbery and attempted robbery. They face up to 70 years in prison if convicted.

Shane Osborn told the World-Herald that he had "no comment."

"I adopted Avery and I love him. This is a personal matter," he insisted.