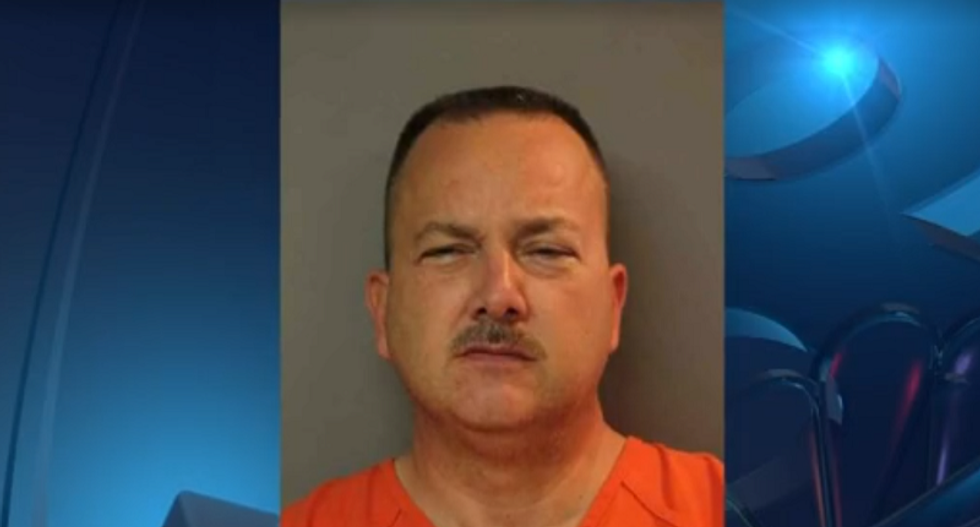 Thomas Manning Hook, a 48-year-old from central Florida, was arrested Thursday evening after pulling up on the scene of a car accident in a Ford Crown Victoria -- a car model often used by police, activating blue, white and red emergency lights and offering to help officers who were already on scene.

The officers declined his offer, and he drove away with lights still flashing. Shortly after, deputies from a different agency rolled up and said they had been pursuing Hook because he was wanted for impersonating a police officer in their county.

But they didn't need to follow him, because Hook turned back, emergency lights still flashing, and again offered his help at the car accident scene. He showed officers a gold-colored "private investigator badge" and identified himself as a "fugitive recovery agent," WFLA reports.

He also had a number of cards that identified him as a retired Marine Corps major, clergy member and NRA member. Hook later admitted he was not a Marine or a licensed private investigator.

Hook's car was outfitted to look like a police vehicle. It had a front push bar used by police to move immobilized vehicles out of roadways, emergency lights, caging over the rear windows and a prisoner cage, WFLA reports. He also had a scanner.

Hook has a long criminal history, including ten felony and misdemeanor arrests and a failure to appear. He is a registered sex offender as the result of a crime that occurred in 1992.

This week he is back in jail, charged with impersonating a bail bondsman, driving with a suspended or revoked license and committing crimes under the color of law to hinder police officers' duties.

This is the fourteenth time Hook has gotten into trouble with the law for impersonating law enforcement, WFLA reports.

Watch the report, from WFLA, here: