Pope Francis to house Syrian refugee family in the Vatican 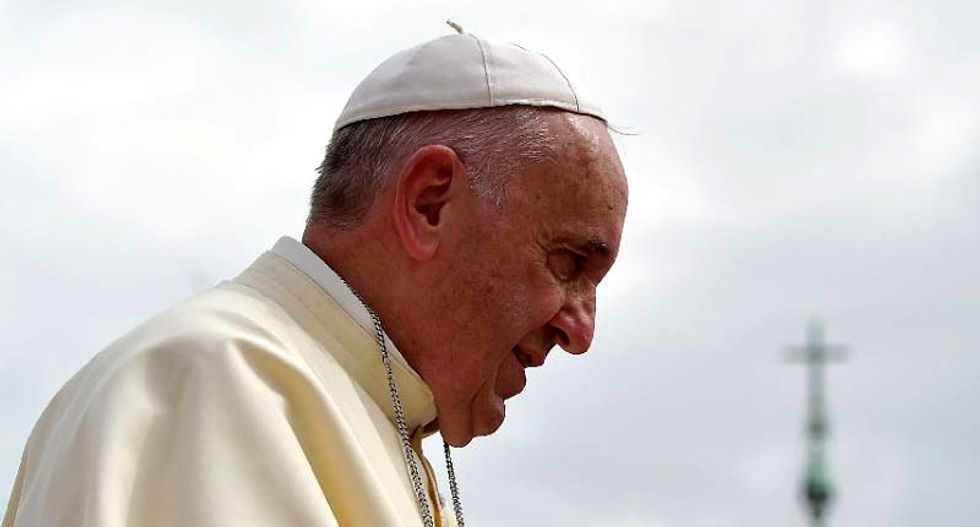 Pope Francis is putting up a Syrian refugee family from Damascus in a Vatican apartment, aides revealed Friday.

The Christian family is the first of two that the Catholic leader has promised to find space for as part of a broader Church effort to help shape Europe's response to an ongoing migration crisis partly caused by the conflict in Syria.

The family arrived in Italy on September 6, the day the pope called on every Catholic parish across Europe to find space for at least one family of refugees.

The family being housed in the Vatican is to remain anonymous until Italian authorities have ruled on their asylum request.

As Christians who have fled a Syria wracked by a deadly civil war and the persecution of minorities, they are highly likely to be quickly granted leave to remain in Italy.

The processing of their application could however take months, possibly years, unless they are made a special case.

In his call for the Church to take a lead on the migration issue, Francis urged local communities of believers to make a "concrete gesture" ahead of a Jubilee Year of Mercy starting in December.

He said "every parish, every religious community, every monastery, every sanctuary in Europe," should take part.

"Faced with the tragedy of tens of thousands of asylum-seekers fleeing death (as) victims of war and hunger who are hoping to start a new life, the gospel calls on us and asks us to be the neighbour of the smallest and the most abandoned, to give them concrete hope," he said in a Sunday address in St Peter's square.

The Argentinian pontiff has made the fate of society's weakest, including the hundreds of thousands of migrants arriving in Europe, the dominant theme of his papacy.

His call for a grassroots response to the crisis has been widely praised and he acknowledged that initiatives across Europe had inspired him, comparing them to a biblical miracle in which which Jesus heals a deaf and mute man.

"We have been healed of the deafness of selfishness and the silence of retreating into ourselves," he said.

The fate of migrants is also expected to be a theme in the pope's visit to the United States next week.

Since taking office in 2013, Francis has also stepped up the Vatican's support for the homeless living within its walls and across Rome, notably by having showers installed in public toilets in St Peter's square.

And he has personally eschewed the Vatican palace and summer residence he could have occupied in favour of a modest boarding house.