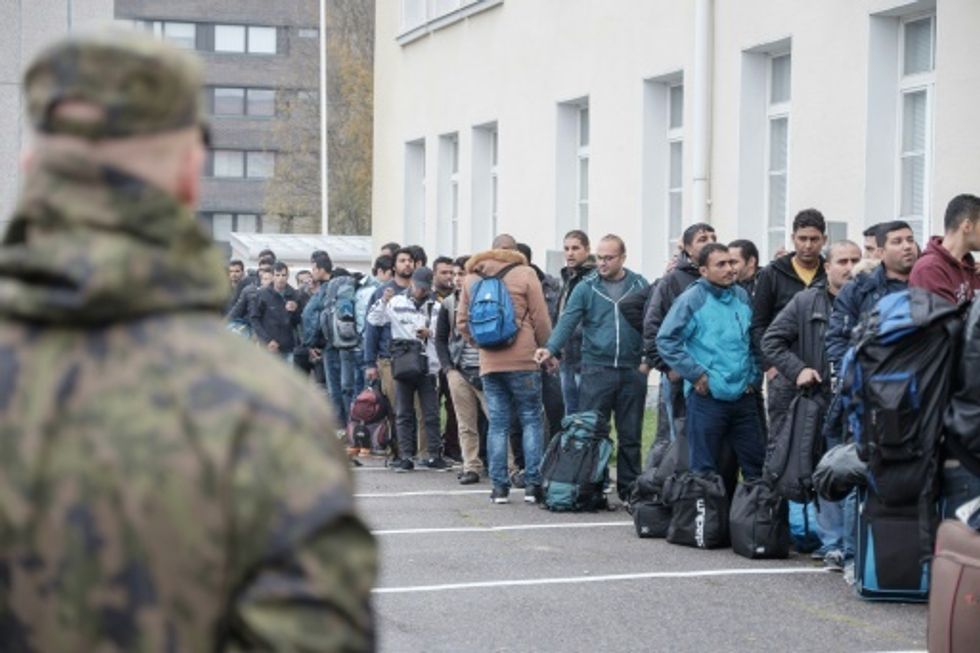 Finland's government condemned a racist protest in which demonstrators -- including one dressed in a Ku Klux Klan outfit -- attacked a bus transporting asylum seekers in the early hours of Friday.

Public broadcaster Yle showed images of around 40 protesters -- some with burning torches -- throwing fireworks at a bus which was transporting asylum seekers, mostly families with children, to a new reception centre in the southern city of Lahti.

One of the protesters could be seen dressed in a white hood, a symbol of the racist American Ku Klux Klan, with a Finnish flag in his hand.

They also threw stones at Red Cross volunteers, although no one was hurt at the incident.

"Finland's government condemns last night's racist protests against the asylum seekers who have come to the country. Violence and threatening behaviour is always indefensible," a government statement said.

The police held two protesters after the incident and said they were likely to face fines.

"The protesters were young people from Lahti... At this point we have no indication that they would be somehow organised," chief inspector Martti Hirvonen told the Finnish news agency STT.

Another incident took place late Thursday in Kouvola, in south-eastern Finland, when a 50-year-old man was arrested after throwing a petrol bomb at an emergency housing facility for asylum seekers. The fire was quickly extinguished and no one was hurt.

In recent weeks Finland has seen an unprecedented influx of mostly Iraqi asylum seekers, which has forced the authorities to quickly set up new reception centres around the country.

Watch video of the attack, embedded below: