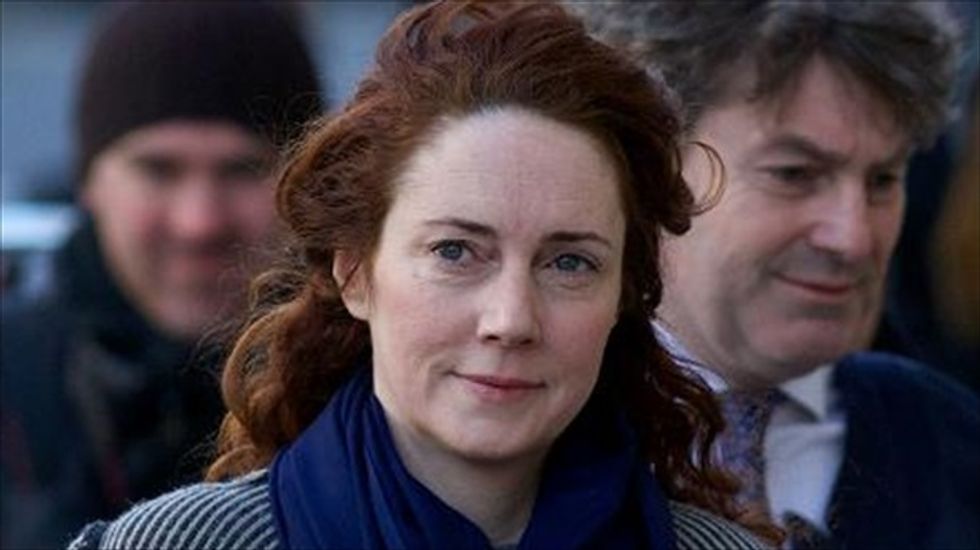 British former tabloid news editor Rebekah Brooks, who resigned at the height of the phone-hacking scandal, will return to Rupert Murdoch's News Corp as chief executive of its UK division, the company announced Wednesday.

Brooks, who formerly edited The Sun and The News of the World, stepped down as chief executive in 2011 at the height of a scandal over the hacking of phone voice mails by journalists.

She was arrested on suspicion of being involved, but was cleared of all charges last year.

"Rebekah will lead a great team at News UK into the digital future, while maximising the influence and reach of our newspapers," said Robert Thomson, Chief Executive of News Corp.

The 47-year-old said she was "delighted to return to News UK."

"I am confident that we can meet the many challenges of this digital age with a combination of cutting-edge technologies and world class journalism," she said.

Brooks was initially reluctant to take the role but was persuaded by the Australian-born business magnate, with whom she has a close relationship, according to the Financial Times.

The move was criticised by campaign group Hacked Off, which represents victims of phone hacking.

"This is a major misjudgement of the public's mood by a company still ethically out of control," said joint executive director Evan Harris.

Britain's Crown Prosecution Service (CPS) is considering bringing corporate charges -- meaning the prosecution of a company for wrongdoing -- over phone hacking at News of the World, which was closed in 2011 due to public outcry.

Police can bring charges against a company, just like they can against a person, because a company is a legal entity.

The newspaper is at the centre of a police investigation into phone hacking called Operation Weeting.

"We have received a full file of evidence for consideration of corporate liability charges relating to the Operation Weeting phone hacking investigation," CPS said.

The Metropolitan Police said the file had been submitted in July.