Republicans and Planned Parenthood square off in Congress 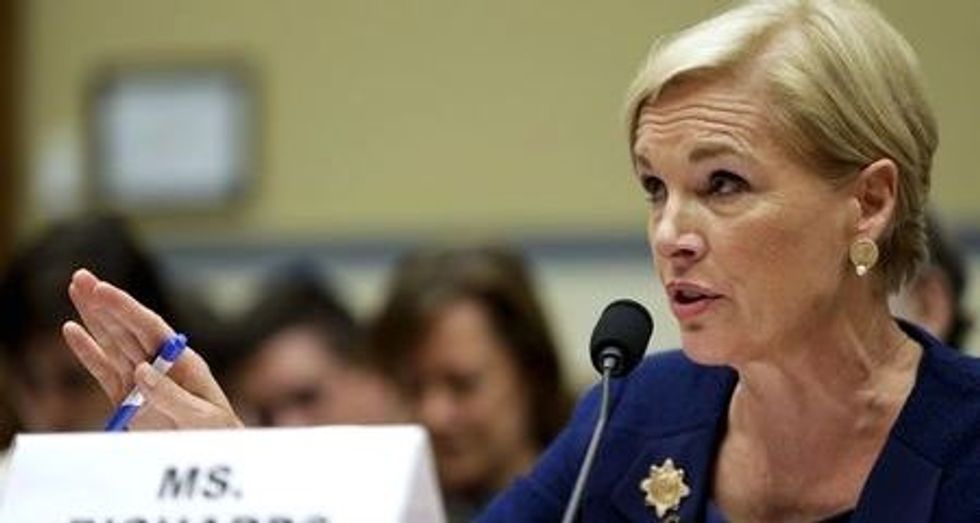 At a U.S. House of Representatives committee hearing, Planned Parenthood President Cecile Richards appeared alone to respond to hostile questioning from Republicans, some of whom have vowed to shut down the U.S. government if federal support for the group is not cut off.

"As far as I can tell ... this is an organization that doesn't need federal subsidy," said House Oversight Committee Chairman Jason Chaffetz.

"You're making a ton of dough," Lummis said, referring to Richards's annual salary of more than $500,000.

Richards said, “We don’t make any profit off federal money.” She added that Planned Parenthood was one of few health centers that will take in uninsured patients.

Planned Parenthood gets about $500 million annually in federal funds. It has been under fire for months over a series of secretly filmed videos. Produced and posted online by an anti-abortion group, the videos purport to show Planned Parenthood doctors discussing the illegal sale of fetal tissue.

At the hearing, Richards repeated the organization's stance that it has done nothing wrong. "There's been a great deal of misinformation," she said. "The latest smear campaign is based on efforts by our opponents to trick doctors and clinicians into breaking the law ... and our opponents failed."

Democrats on the panel defended the group and questioned Republicans' motives.

"The disrespect, the misogyny rampant here today tells us what is really going on," said Democratic Representative Gerald Connolly. "This isn't about some bogus video.

"This is about some constitutional philosophy that says ... we believe in rugged individualism and personal liberty with one big carve-out, and that is except when it comes to women controlling their own bodies and making their own health decisions."