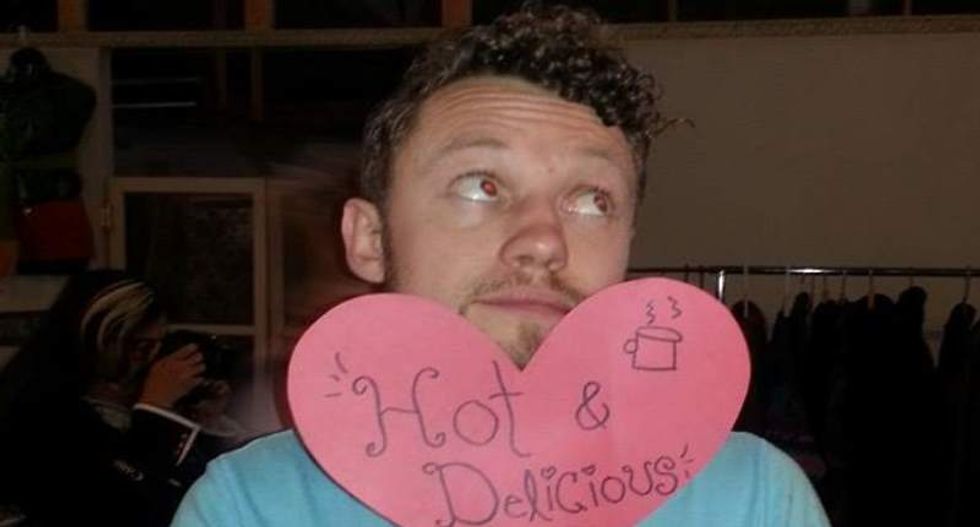 Residents in Asheville, North Carolina are calling for local businesses to stop working with a local coffee shop after the owners were revealed to be behind a podcast and blog devoted to stories of their romantic "conquests," Jezebel reported.

Nearly 3,700 people have signed an online petition against Waking Life Espresso and its owners, Jacob Owens (pictured above) and Jared Rutledge.

"Our town does not support such people," the petition read. "This has been shown in the outcry of rage and hurt we have seen and by the people who gathered outside their place of business to protest."

The petition, which is asking businesses to stop stocking the duo's coffee, was posted after Rutledge and Owens were exposed as the hosts of the "Holistic Game" podcast. In one episode, Owens boasts about having sex in a hospital with a woman he describes as "the two-vagina'd beast."

"Hospital sex is weird, when she's drugged," he says. "It's strange, but it's really cool."

Owens then laughs while saying, "Uh oh. That's my bad. That is my bad."

For his part, Rutledge was identified as the person who wrote on the show's blog, including one post in which he purports to respond to a "manosphere" writer by analyzing his own relationships with women -- and detailing their alleged encounters. Several of the women are listed as "business," including one woman he described as a "sexy little mid-twenties brunette with a thigh gap" who was also "dumb as a f*cking brick."

"We f*cked five or six times until she got feelings and couldn't continue without monogamy," he wrote. "I wasn't willing to be monogamous, so it ended. Moved away but still single to my knowledge."

According to AshVegas, both men took a different tone after their activities were revealed on another site, Jared and Jacob Said. Both men released individual statements apologizing for their behavior, and posted a separate one on the Waking Life website.

"We've said terrible and demeaning things -- things that belie unhealthy thought patterns that do not contribute to a stable and equal society," their joint statement read. "Things our mothers and sisters had to hear. We cannot and will not excuse these things. We grieve for the systematic and ongoing actions we've taken. We apologize to the women in our lives and the greater community for the harm we've caused, and the potential danger we've put them in with our attitudes and beliefs."

The two men also said that they plan to donate the rest of the business' proceeds this year to Our Voice, an advocacy group for victims of sexual assault. Another local business, Orbit DVD, has gathered discarded products from Waking Life with plans to donate $50 to the same group each time it sells one of them.