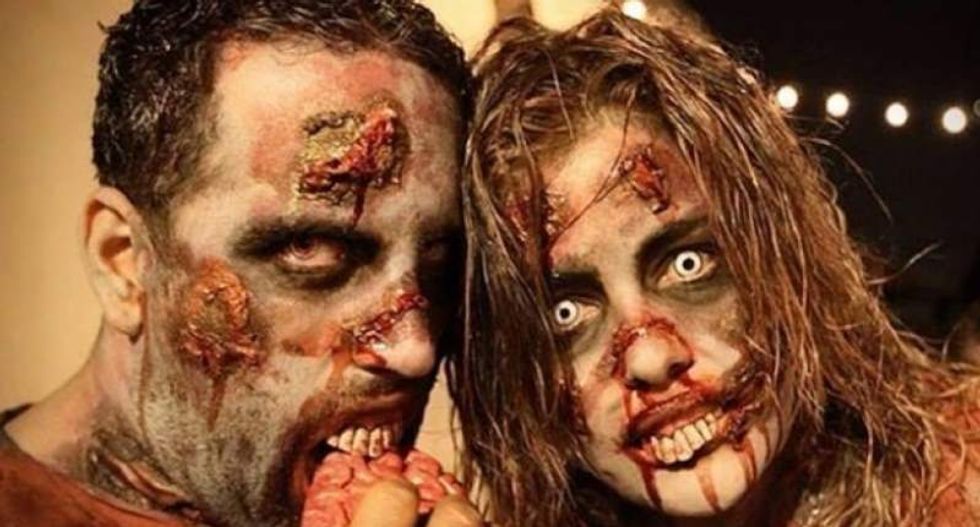 Kansas Gov. Sam Brownback will announce the beginning of "Zombie Preparedness Month" for his state on Wednesday, the Wichita Eagle reported.

Brownback said that while the event is not intended to treat a "zombie apocalypse" as a real possibility, the state Department of Emergency Management (DEM) will be hosting events during the month to encourage residents to prepare themselves for actual natural disasters.

Fusion reported that besides Kansas, agencies like the Centers for Disease Control have released their own emergency-preparedness plans based around the idea of how to escape zombies.

"This is a fun way to highlight the need to be prepared for whatever comes our way," DEM spokesperson Devan Trucking said.

The announcement came just under a month after findings from the Governor's Council of Economic Advisors shows the state economy stalling under Brownback's administration.

As the Kansas City Star reported, it has failed to keep up with both 1-year and 5-year projections set by the group, while also increasing by 3.2 percent over the past year, lower than the 3.8 percent growth rate in Midwest states and the national growth rate of 3.9 percent.

Brownback was also raked over the coals by Jon Stewart on The Daily Show this past April, when Stewart pointed out that for every $1 the state adds to the federal budget, it actually takes $1.29 in federal assistance.