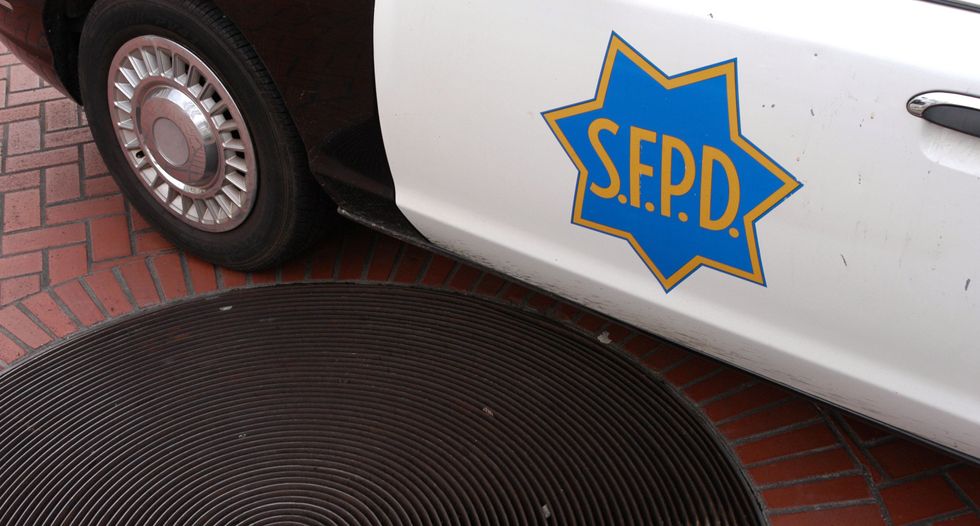 San Francisco police on Friday said they are investigating video clips posted on social media that appear to show two officers joking in graphic detail about what they would and would not want recorded on body-mounted cameras if they shot someone.

The two clips, posted on the popular photo-sharing service Instagram, show the policemen talking in what appears to be a public cafe.

The officers appear to joke about how they would want a suspect pointing a gun at them to be captured on video when shot but not a suspect putting their hands up.

In one clip, an officer can be heard saying "what you want is video of the guy holding the gun still" directly at the camera before being shot multiple times.

In the second clip, the same officer can be seen pantomiming someone raising their hands and being shot, before the two joked that the "red splatter" and "cherry pie all over the wall" would not look good.

"Upon learning of these videos clips, the Department initiated an immediate investigation that is ongoing," San Francisco Police Officer Albie Esparza said in a statement. "Disciplinary action will be taken as appropriate."

The filmed conversation follows a police shooting in Ferguson, Missouri and high-profile killings in cities from New York to Los Angeles that sparked waves of sometimes destructive protests over police violence, particularly against minorities.

The shooting of an unarmed black 18-year-old in Ferguson in August 2014 prompted protests in which chants of "hands up, don't shoot" became a rallying cry.

Police departments across the country have turned to the so-called bodycameras in part as a way to restore public trust in the wake of the killings, several of which were caught on film.

San Francisco Mayor Ed Lee has budgeted millions to equip the city's force with the devices.

The city's police officials called on the person who recorded the clips to turn them in for examination.