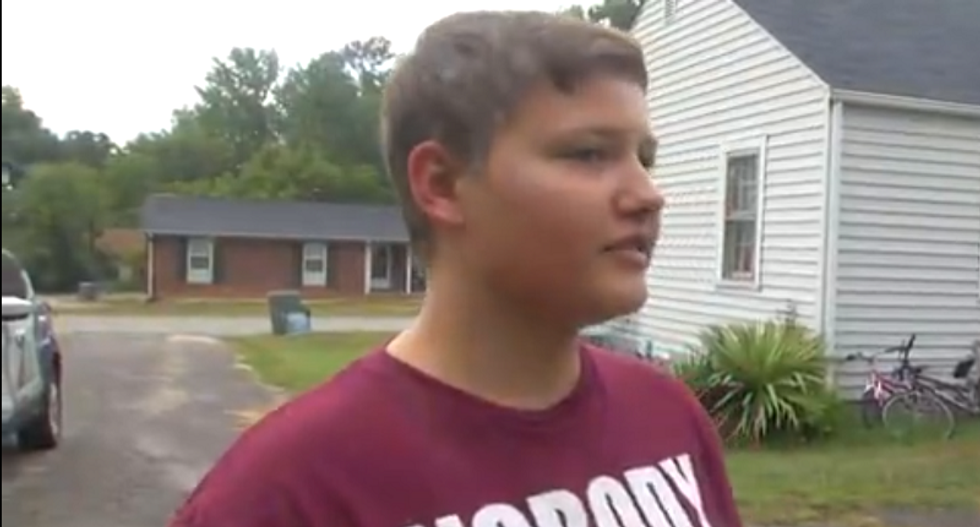 A South Carolina high school student was suspended from school for wearing a T shirt that says "nobody knows I'm a lesbian."

Briana Popour, a student at Chesnee High School , was told she could change her shirt or be sent home, News2 reports. Popour is an openly gay high school senior who said she wears the shirt for the benefit of other gay students.

"Isn’t that what school is supposed to teach you? To be happy with who you are? Maybe people will be more comfortable showing who they are because you should be able to wear what you want to wear," Popour told the station.

According to News2, the school administrator that sent Popour home didn't respond to requests for comment. But the district emailed them saying the shirt was "offensive and distracting" and linked to a section of the school's dress code that says clothing cannot be "distracting, revealing, overly suggestive or otherwise disruptive."

Popour told the station she was pulled out of class and told her shirt was disruptive. She said there is nothing in the school's dress code that forbids students from expressing their sexual orientation.

The administrator told her "not everything is in the handbook" when she brought that up.

Now Popour's mother wants to know what about the shirt is offensive.

She believes her daughter was discriminated against.

"He does not like people in his school wearing anything that says anything about lesbians, gays, or bisexuals," she said.

Watch the report from WSPA here: