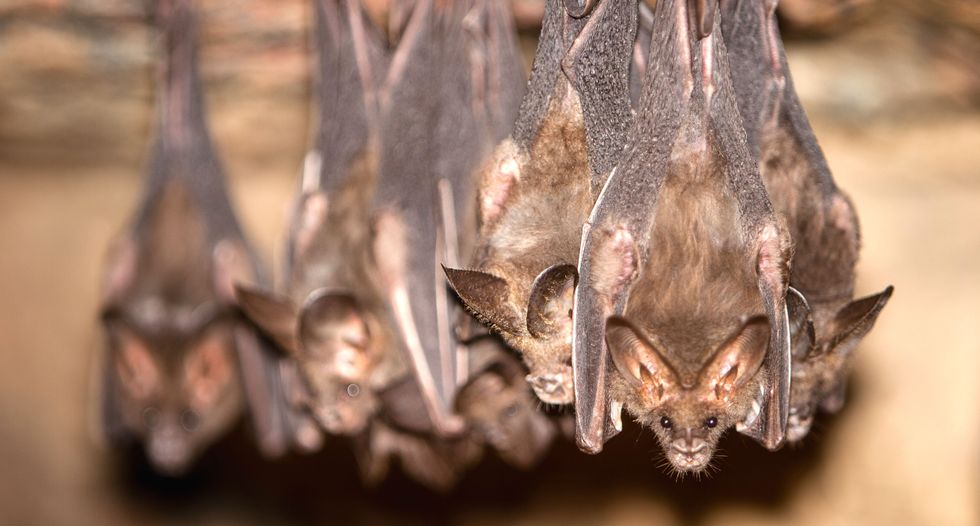 Fossils can do a good job of revealing key aspects of an extinct creature: its bones, teeth, claws, even soft tissue like fur, skin, feathers, organs and sometimes remains of its last meal in the gut. Knowing its color has been a trickier question.

But scientists have figured out how to answer it based on microscopic structures in fossils that divulge pigment, and on Monday disclosed for the first time the fur color of extinct mammals: two of the earliest-known bats.

The bats, called Palaeochiropteryx and Hassianycteris, were a reddish brown.

"Well, the bats are brown. It might not be a big surprise, but that's what these 49-million-year-old bats are. So they looked perfectly like modern bats," said molecular paleobiologist Jakob Vinther of Britain's University of Bristol.

Vinther also has used the method to study colors in dinosaurs, fish, amphibians and fossil squid ink. The method was first described in 2008 regarding a 105-million-year-old black-and-white striped feather from Brazil and also showed that a winged dinosaur from China, Microraptor, boasted iridescent feathers.

"Biologists know a lot about living animals because of color: what sort of environment they live in, how they protect themselves or how they attract mates," Virginia Tech paleobiologist Caitlin Colleary said.

"But since so little is preserved in the fossil record, the color of extinct animals has always been left up to artists' interpretations, and important information regarding behavior has been considered inaccessible."

The bats lived along a lake in the middle of a tropical forest in Germany. The scientists examined the beautifully preserved bat fossils that retained structures called melanosomes.

"Reddish brown melanosomes are little tiny meatballs around 500 nanometers in diameter, while black melanosomes are elongated sausages about a micron in length," Vinther said.

"I think we're just scratching the surface in our ability to extract information like this from the fossil record," Colleary said. "As technology continues to advance, we'll keep finding information in fossils that we don't even know is there today."

The research was published in the Proceedings of the National Academy of Sciences.