Seattle schools to be closed again on Monday in teachers strike 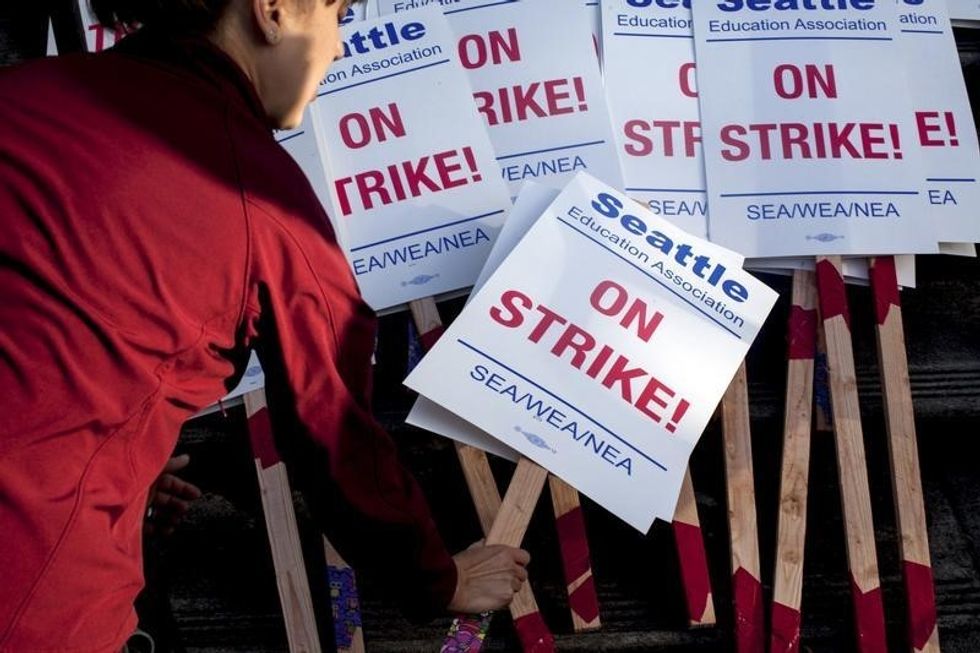 Seattle's 53,000 public school students were put on notice that classes would be canceled for a fourth day on Monday due to the city's teachers strike as renewed contract talks between the union and school district stretched through the weekend.

Some 5,000 teachers and support staff walked off the job and onto picket lines last Wednesday, which was to have been the first day of the new school year, after negotiations collapsed the night before in disagreement over wages, hours and performance evaluations.

One of the teachers' chief grievances is that they have received no cost-of-living raise in six years despite surging living expenses in Seattle, particularly for housing, fueled largely by growth in the city's technology sector.

The strike, which has left many working parents scrambling to improvise childcare arrangements, marked the first labor-related disruption of classes in three decades for the largest public education system in the Pacific Northwest.

Representatives for both sides met separately with state mediators during the first three days of the strike but face-to-face talks between the parties did not resume until Saturday.

The two negotiating teams returned to the bargaining table on Sunday but with no apparent settlement immediately at hand school officials said all of the district's nearly 100 schools would be closed again on Monday.

District official Stacy Howard said at a news conference the strike has stretched on long enough that the district was considering moving graduation day and holiday breaks to account for the later start of the academic year.

Kindergartners, who usually start school later than other students, will now begin their school year at the same time as the higher grades, and three snow days the district has built into the year already have been used up, Howard said.

A new contract offer from the district, presented during Saturday talks, would set aside money to compensate teachers for a proposed increase in instructional time, Howard said.

Union officials said last week the district originally was seeking to lengthen the school day by 20 minutes with virtually no corresponding increase in pay for teachers.

The walkout comes at a time of increased scrutiny of education spending in the state. The Washington state Supreme Court last month fined the state $100,000 for every day it failed to present a court-ordered plan for fully funding public schools.