Seven out of ten Americans have favorable view of Pope Francis: poll 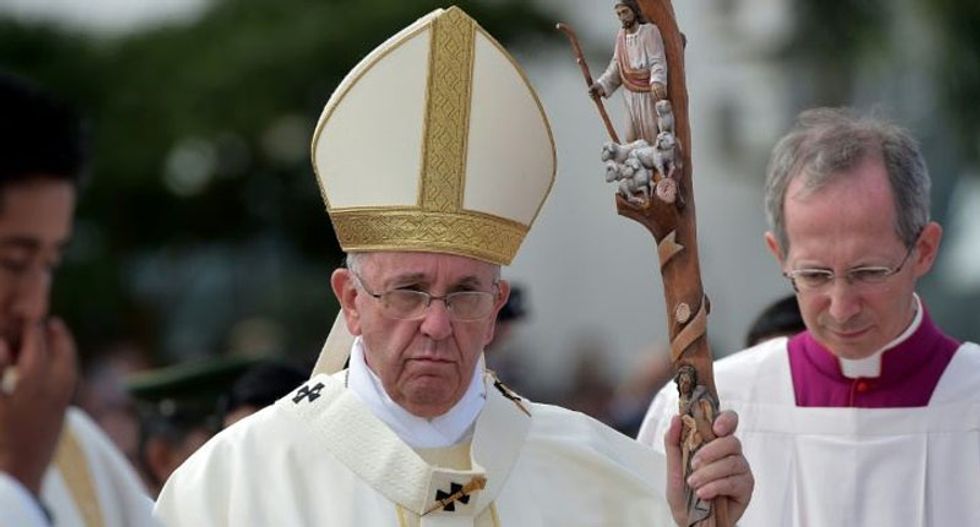 Seven out of ten Americans have a favorable impression of Pope Francis, though they have a less positive view of the Catholic Church as a whole, a new poll released Sunday showed.

The pope, who arrives in the United States for a six-day visit on Tuesday, has made fans of US Catholics and non-Catholics alike, with slightly more Catholics -- 86 percent -- approving of the pope than Americans in general.

But those similarities diverge on the Church itself. While 81 percent of Catholics have a favorable view of the Church, only fifty-five percent of Americans as a whole do, according to the new poll, conducted by the Washington Post and ABC News earlier this month.

The divide between support for the Church and support for its leader was largest among respondents who said they had no religion, with 38 percent of them saying they had a favorable view of the Church, but 74 percent approving of the pope.

Pope Francis's approval rating was slightly lower among those identifying as conservative politically, 62 percent of whom viewed him favorably.

The pope has been active in urging compassion, including for those historically shunned by the Church, and for calling for action against economic inequality and environmental degradation.

Americans in general approve of those efforts, with 54 percent wanting him to "continue as he has been" doing and another 23 percent urging him to be even more active.

But Americans' views on the pope's role in urging their own government to act on those calls are a bit murkier.

The survey polled 1,003 adults, with a margin of error of 3.5 percentage points for total respondents and 7.5 points for Catholics specifically.