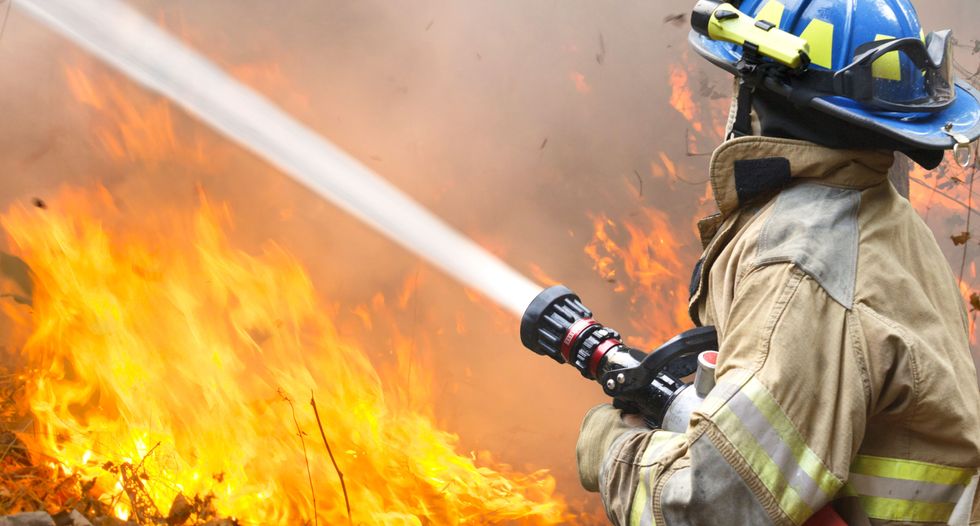 Evacuation orders were expanded to thousands of homes in northern California's Sierras on Friday as a rapidly spreading wildfire roared for a third day through drought-parched timber and brush, threatening mountain communities near Sacramento.

The so-called Butte Fire, which erupted on Wednesday about 30 miles southeast of the state capital near the former gold mining town Jackson, has grown quickly in the midst of a heat wave baking the region in triple-digit temperatures.

By Friday, flames had devoured nearly 32,000 acres of rugged terrain, more than double the acreage left blackened the previous night, although a force of 1,500 firefighters had managed to carve containment lines around 10 percent of the blaze's perimeter, fire officials said.

"This fire definitely has a dangerous rate of spread, and our goal right now is to protect structures," said Mike Yeun, a spokesman for the California Department of Forestry and Fire Protection.

Six homes and two outbuildings have been destroyed, and roughly 6,000 dwellings were listed as threatened, most of them placed under mandatory evacuation orders, Yeun said.

The evacuation encompassed several Sierra communities, including the hamlets of Glencoe, Wilseyville and Pine Grove. Residents of additional areas were warned to be ready to flee on short notice.

The cause of the fire was under investigation.

The blaze is one of the latest in a flurry of large, destructive wildfires that have ravaged drought-stricken forests, grasslands and chaparral throughout the West this summer.

As of Friday, firefighters were battling nearly three dozen large blazes and clusters of fires in California and five other Western states, according to the National Interagency Fire Center in Boise, Idaho.

The largest active blaze in California, dubbed the Rough fire, was still burning six weeks after it was ignited by lightning in Kings Canyon National Park at the southern end of the Sierra range.

That fire has scorched more than 119,000 acres and forced evacuations of park staff and visitors from a large swath of Kings Canyon as it menaced the famed Grant Grove of giant Sequoia trees. The vicinity around Grant Grove was closed to the public on Friday, along with the park's Cedar Grove area.