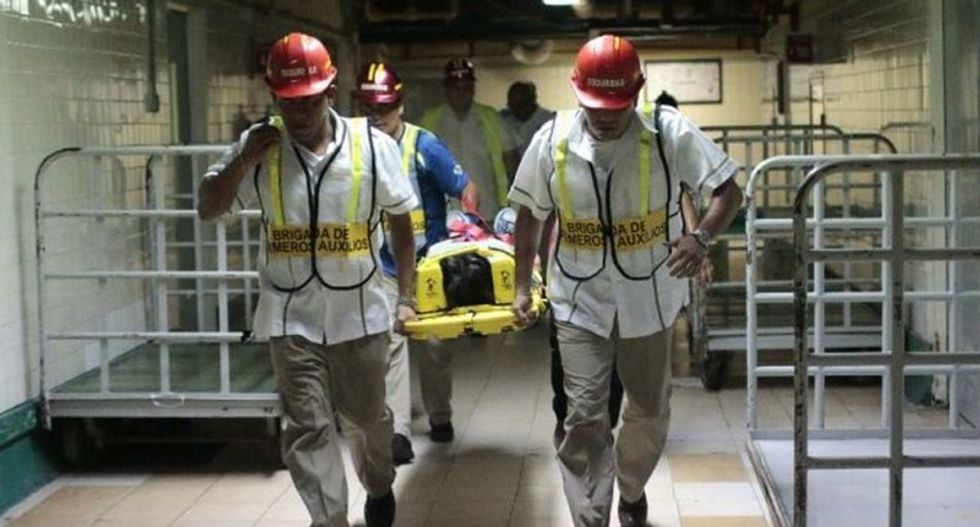 AFP/AFP - Members of Civil Protection take part in an earthquake drill at a hotel in Acapulco, Guerrero State, on September 19, 2015 to commemorate the 30th anniversary of Mexico City's 1985 massive 8.1-magnitude coastal quake

The Mexican capital's inhabitants were called to action by a shrill-sounding alarm and ominous "Earthquake Alert" voice warning that echoed through the metropolis at 1130 local time (1630 GMT).

The government puts the death toll at 6,000 though some non-governmental organizations believe more than 20,000 lost their lives in the disaster.

For two decades, a civil association known by its initials CIRES has provided the city with a system that, in the event of an earthquake, automatically interrupts radio broadcasts and triggers alarms inside buildings thanks to some 100 sensors.

In a first, an alarm sounded on 8,200 street megaphones during Saturday's drill that took place under clear, sunny skies.

The surge of smartphone technology now also gives Chilangos, as the capital's residents are known, the ability to receive warnings in the palm of their hands with apps such as SkyAlert and Alerta Sismica DF.

US experts were traveling to Mexico this week to learn more about the capital's system as they develop something similar for America's quake-prone West Coast.