Some women for Republicans to consider putting on the $10 bill 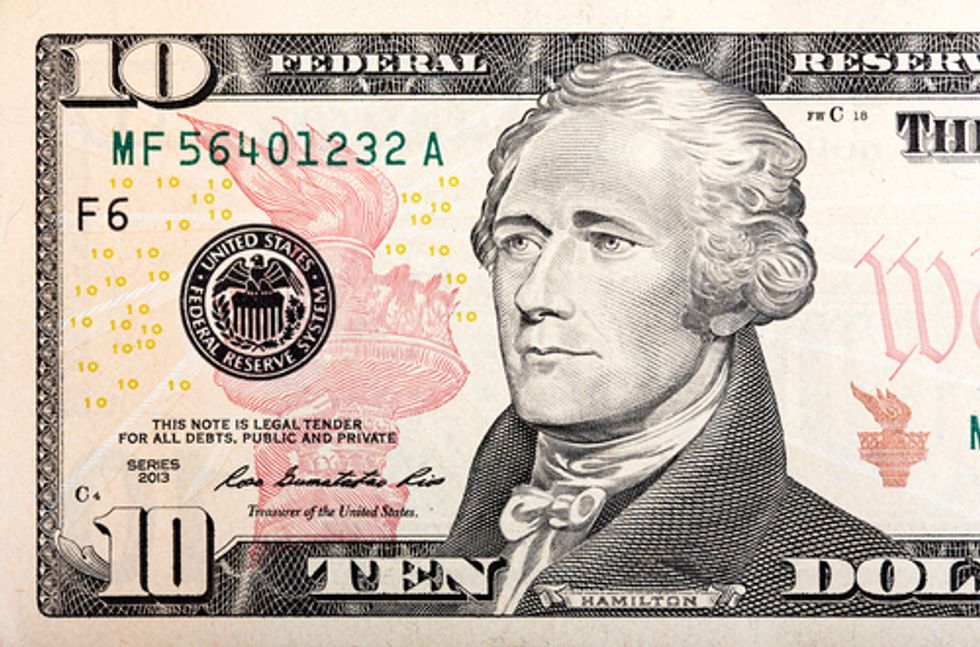 Oh dear, the answers to the question of what woman you would put on the $10 bill during last night's debate. While some candidates wisely decided to provide an answer that was in the spirit of the question, by naming an American woman of historical importance (Rosa Parks, Susan B. Anthony, Clara Barton), as Ben Mathis-Lilley of Slate points out, a whopping 45 percent of the Republican answers were not American women of historical importance. I realized the anti-feminist base has the party, pardon the expression, by the balls, but are they that afraid to admit that any American woman ever did anything of historical importance? Can't admit that, the wives might start asking for more date nights? What the fuck?

Whatever the reason, one thing is for certain: Their answers were boring. Not the Rosa Parks people, who were being predictable but in the best way, because she actually does deserve it. But the punters. If you're going to punt, don't be a total weenie about it. Have some fun with it. With that in mind, I have some alternatives that convey the same idea, but are more fun.

Message: As a believer in the Biblical concept of headship, Huckabee was assuring his followers he does not approve of women in public life, particularly holding power.

Preferably with her head already cut off, to symbolize what male headship actually looks like in practice.

Message: He's a social safety net-slashing, rich people-coddling 80s-style conservative who might just start a war for the hell of it. Either way, he wants to undo any social progress we've made when it comes to protecting everyday people from the vampiric rich.

A notorious serial killer from the late 16th and early 17th century, Elizabeth Báthory spent years kidnapping, torturing and murdering young peasant women. Her victims are counted in the hundreds, and she was only able to get away with it for so long because her wealth and privilege shielded her. She is an icon of what Thatcher-style conservatism aspires to.

Message: He has one.

Alternative: Rosa Parks, which is what he immediately offered upon realizing that "my daughter" was a jerk answer, even by his low standards.

Carly Fiorina: "I wouldn't change the $10 bill, or the $20 bill. I think, honestly, it's a gesture. I don't think it helps to change our history. What I would think is that we ought to recognize that women are not a special interest group."

Message: I am trying to straddle the line between sounding pro-woman while reassuring the anti-feminist Republican base that I'm not about to start threatening them by invoking images of female power or historical importance.

Alternative: Imagery from the anti-suffrage movement.

The women who went on the road in the 19th and early 20th century to speak out against women having the vote really laid the groundwork for women like Fiorina, whose strategy for obtaining power is to reassure men that you're only going to use it to put other women in their place.

Message: Did you know he loves Jesus? Also, women are to take secondary, humble, pious roles in life---lifelong virginity is a plus---instead of getting all tangled up in the messy world of men, power, and being able to determine your sex life for yourself.

Alternative: He probably wanted to say the Virgin Mary and then chickened out, but that's boring, too. Instead, I recommend this woman:

That's St. Catherine of Siena, by far one of the wackiest and most entertaining saints in the great Catholic pantheon. Kasich, who enjoys using religion as a cover to deal out suffering to women by depriving them of abortion access, would love this lady. She definitely believed the only way to purge a woman's sinful nature is to inflict all sorts of sadistic punishments on the female body. She did this to herself by constant fasting, of the sort that looks quite anorexic to modern eyes. There was one kind of sustenance that she did allow herself: She would drink the pus from cancerous sores. She was a fan of self-flagellation, as well. If inclined, she could be held up as a threat, a reminder that forced childbirth isn't the only abuse that religion has concocted to cleanse women of their inherent evil.

Message: Shit if I know. I think he got flummoxed and tried to bullshit through the first answer that popped into his head. She does sound interesting, though.

I doubt Carson is a fan, but I can't help but think that her witty take on some of the absurdities of modern life would be much welcome after watching the Republican debate last night.