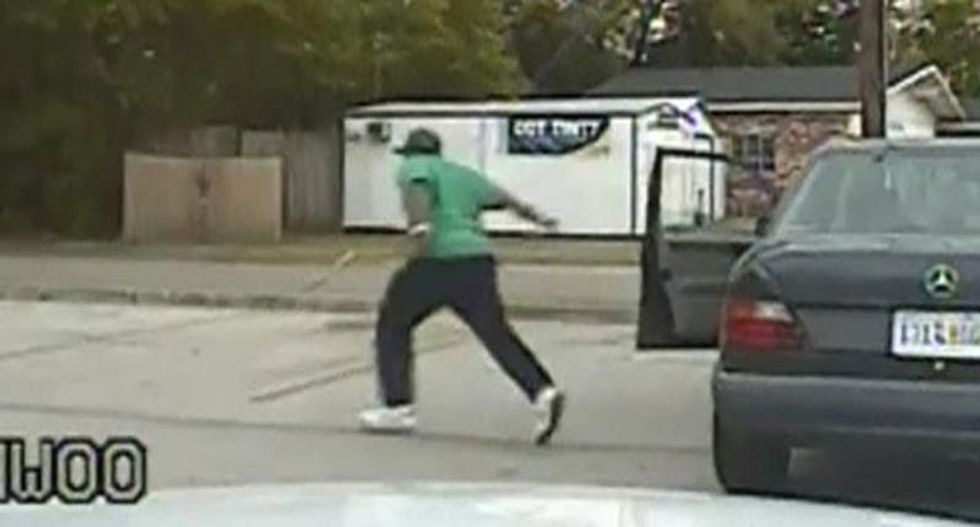 An unarmed black man fatally shot by a white former patrolman in South Carolina in April had used cocaine and alcohol in his system when the police officer said he wrested control of his stun gun and pointed it at him, court documents filed on Tuesday show.

Michael Slager, 33, was fired from his patrolman job in North Charleston after being charged with murder in the April 4 death of Walter Scott, 50.

Video of the shooting captured by a bystander on his cellphone was widely distributed, and the death reignited a public outcry over police treatment of blacks and other minorities.

Defense attorney Andy Savage said he would ask a judge to set Slager free on bond.

"It wasn't just a cold-blooded shooting of a guy in the back and (authorities) knew that," the defense attorney told the Post and Courier newspaper on Tuesday.

Slager told police officers after the shooting that he had used his Taser twice on Scott after the driver ran from a traffic stop and Slager chased him to a field behind a pawn shop, according to police reports filed with the court documents. According to Slager's account, he and Scott struggled on the ground. At one point, Scott got up, used both hands to wrest control of the Taser from him, and pointed it at Slager, the police reports said.

Slager then drew his weapon and fired what police believe was at least six shots, the police reports said.

The bystander's video showed Slager firing at Scott's back as he ran away and Scott falling, though it did not show an earlier confrontation. In the video, Scott appears to be unarmed.

Slager was indicted on the murder charge in June. If convicted, he faces between 30 years and life in prison without the possibility of parole. No trial date has been set. Savage plans to present still photos that were extracted from the video by state and federal law enforcement officials at Thursday's bond hearing.

Prosecutor Scarlett Wilson said she would wait for evidence to be presented in court before commenting on it.

Chris Stewart, an attorney for the Scott family said the court documents are "just distraction. None of this stuff in there today changes anything whatsoever ... We all know that trace cocaine in his system has nothing to do with his being shot five times in the back."