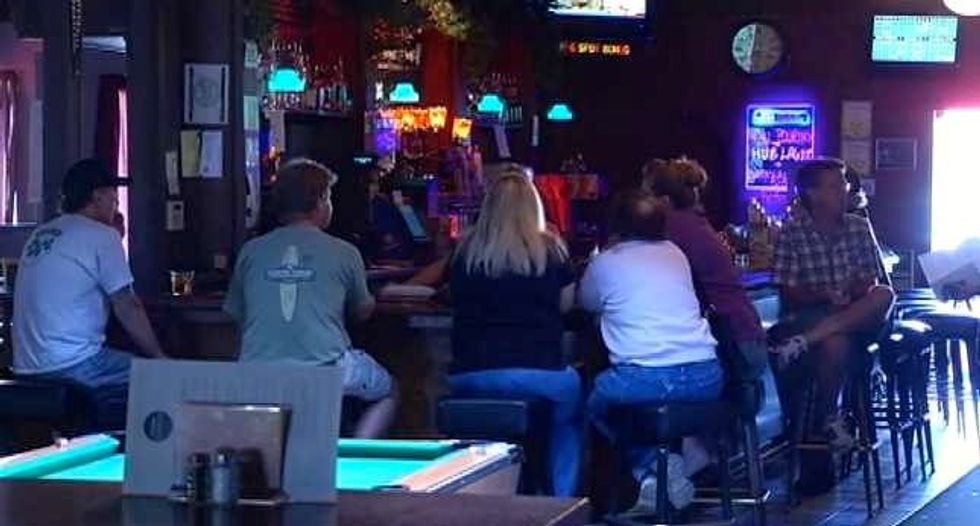 A Portland bar owner violated Oregon's civil rights laws by denying service to a group of transgender and gay customers whose presence he said would damage his business, a state appeals court ruled on Wednesday.

The Appeals Court upheld a 2013 ruling by Oregon's Bureau of Labor and Industries, which found that pub owner Christopher Penner ran afoul of a state statute prohibiting private businesses from discrimination on the basis of sexual orientation.

The case hinged on a pair of voice-mails messages Penner left members of the Rose City T-Girls, a social club in Portland that includes transgender women, cross-dressing straight individuals, gay men and lesbians, in 2012.

In the voice-mails, Penner was apologetic but admonished the group's members not to return to his bar, The P Club, because they were hurting business and because other customers had derisively referred to his establishment as a "tranny" or "gay" bar, according to court documents.

Penner had to pay $400,000 in damages after the state's initial ruling and ended up closing the bar last year, his lawyer, Jonathan Radmacher, said.

"You can’t do business if the state comes in and empties your bank account,” he said.

The bureau called the court decision a landmark since it stemmed from the first contested case arising from a complaint of discrimination at a public place under the 2007 law.

"Our agency is committed to protecting the civil rights of all Oregonians so that people are not denied employment, housing or access to public places based on who they are or who they love," Labor Commissioner Brad Avakian said in a statement after the ruling Wednesday.

Radmacher said he was disappointed in the court’s decision and that his client was considering his next step.

He said Penner was not taking a religious position and never intended to discriminate.

Radmacher said Penner’s case differs from another in which the state found two bakery owners had violated the law when they refused to bake a wedding cake for a lesbian couple, citing their religious beliefs.

"Chris Penner doesn’t want to discriminate,” he said, adding he does not think the court addressed Penner’s free-speech claim in his appeal. “That may be an issue that we take up,” Radmacher said.