Stephen Colbert calls for 2016 presidential Hunger Games: 'May the margin of error be ever in your favor' 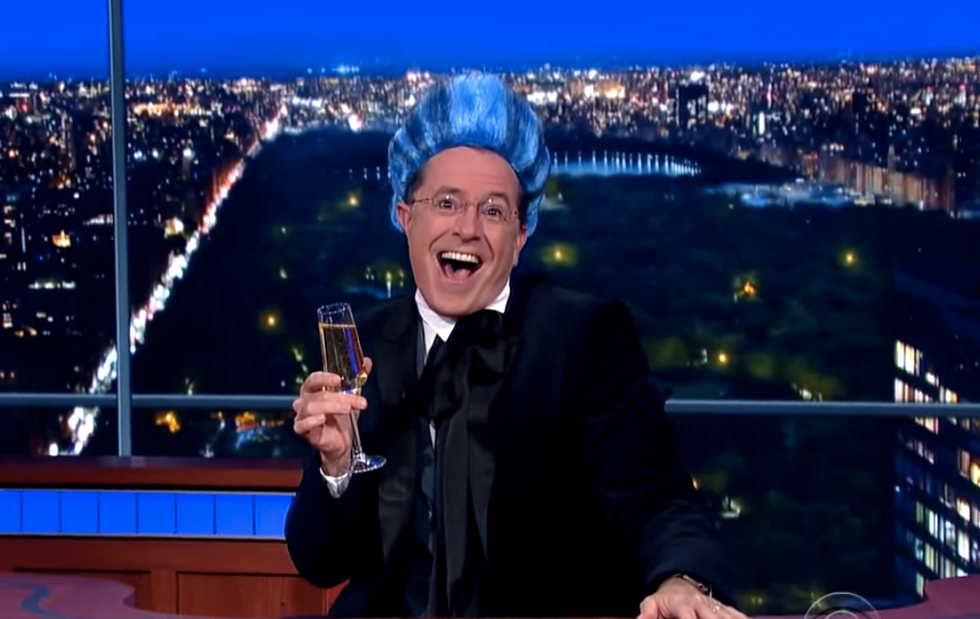 With so many people running for president in the 2016 race, said Stephen Colbert on Tuesday night, it's an "embarrassment of riches of embarrassing rich people."

"America has been captivated by the spectacle of 22 ruthless political warriors battling in the arena for our support," he said.

"It's like the Hunger Games. No, it's more than that," Colbert said. "It's the Hungry for Power Games."

"I love it!" he said. "Twenty-two fresh tributes for the Capital. And may the margin of error be ever in your favor."