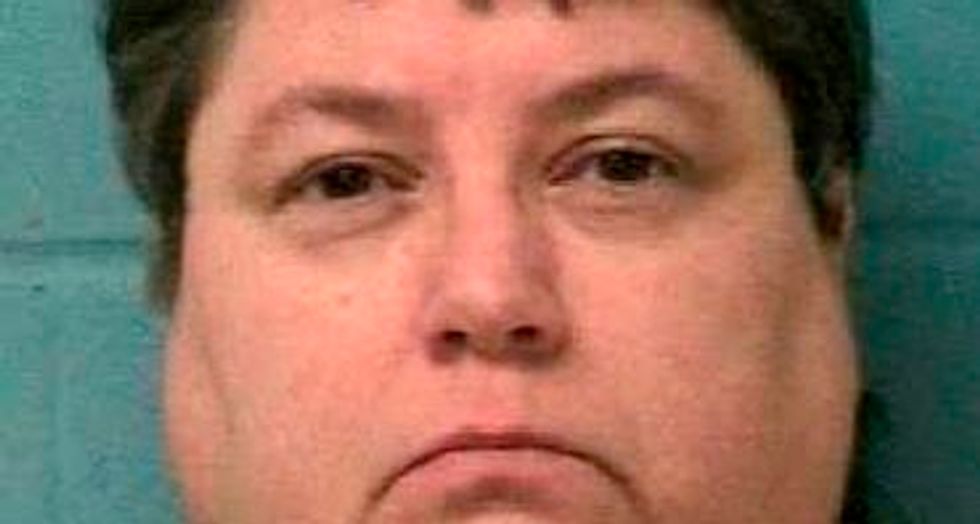 Supporters for Georgia's only female death row inmate urged government and court officials on Monday to spare her life, arguing she has been a model prisoner and questioning the lethal injection method that will be used to execute her.

Supporters planned a rally and prayer vigil on Monday in Atlanta for Kelly Gissendaner, 47, whose was scheduled to be put to death Tuesday night for plotting her husband's 1997 murder. It would be the first execution of a woman in Georgia in 70 years.

A federal judge on Monday refused to halt the lethal injection, even as Gissendaner's backers sent Twitter messages with the hashtag #kellyonmymind asking Georgia's governor and parole board to intervene.

U.S. District Court Judge Thomas Thrash said Gissendaner's lawyers failed to show they were likely to prevail in their challenge of Georgia's lethal injection protocol, which the lawyers contend is "cloaked in secrecy, fraught with errors (and) potentially painful."

Prison officials later said the drug had been stored at too low a temperature.

But Gissendaner attorney Gerald King said in court that the state, which plans to use the same procedures on Tuesday, does not know what caused the drug's cloudy appearance.

"There's no reason to believe tomorrow night will go any different than March 2," King said.

An attorney for the state, Sabrina Graham, said Georgia would not use a defective drug to execute an inmate.

Gissendaner was convicted of murder and sentenced to death after prosecutors said she convinced her then-boyfriend, Gregory Owen, to kill her husband, Douglas Gissendaner.

Owen confessed to fatally stabbing Douglas Gissendaner and was sentenced to life in prison, though he will eventually be eligible to seek parole.

Kelly Gissendaner's supporters, including her three grown children, want her sentence commuted to life in prison. According to a website set up on her behalf, she completed a theology program and has mentored other inmates while behind bars.

"My dad would not want my mom to be executed," Kayla Gissendaner, the couple's daughter, said in a recent statement. "He would not want us to endure another devastating loss."

A spokesman for Georgia's parole board said Gissendaner's latest clemency application was being reviewed on Monday.