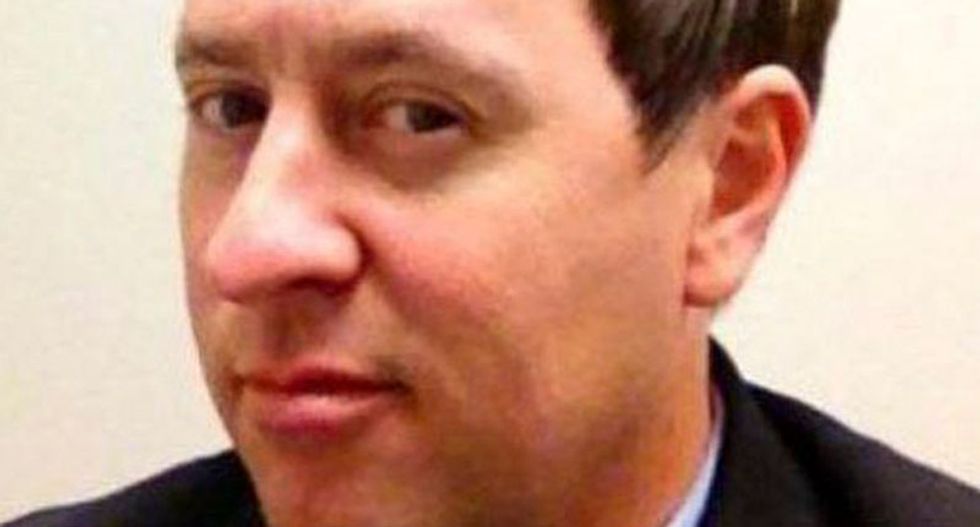 A Mississippi college instructor suspected of gunning down his live-in girlfriend and a professor colleague before taking his own life, left behind a note of apology, police said on Tuesday.

But Shannon Lamb, who taught social science and geography at Delta State University, gave no motive for the killings that prompted a campus lockdown and manhunt on Monday before he shot himself as he was cornered by authorities, investigators said.

Police said Lamb, 45, shot and killed Amy Prentiss, 41, at the home they shared in Gautier, Mississippi, before driving 300 miles (480 km) to Delta State, where he fatally shot Ethan Schmidt, an assistant professor of American history.

"I am so very sorry," read the handwritten note Lamb signed and left at his home. "I wish I could take it back. I loved Amy and she is the only person who ever loved me."

After arriving on Monday morning at the university campus in Cleveland, Mississippi, Lamb called police to report he had killed Prentiss the night before, Gautier police officer Matt Hoggatt told a news conference.

Lamb gave no explanation for the shooting and did not indicate plans to harm anyone else, Hoggatt said. Police said it did not appear the shooting victims knew each other.

Lamb, a father and part-time musician, had worked at the university since 2009. He was teaching two online courses during the autumn semester and did not want a full load, citing medical issues, university President William LaForge said.

Hoggatt said there was no record of domestic violence between Prentiss and Lamb.

"We don't know why this man did what he did," said Cleveland Police Chief Charles "Buster" Bingham.

The university canceled events commemorating its 90th anniversary and instead planned a candlelight vigil on Tuesday to honor Schmidt, 39, a married father of three children who joined the faculty in 2013. LaForge praised him as a "star" professor.

While on the run on Monday, Lamb made statements to family members, which were relayed to police, that he would not turn himself in, Hoggatt said.

After Lamb's car was spotted traveling across a bridge from Arkansas, and police in Greenville, Mississippi, began following him, he jumped from the vehicle and ran into a wooded area, law enforcement said. Officers then heard a gunshot.