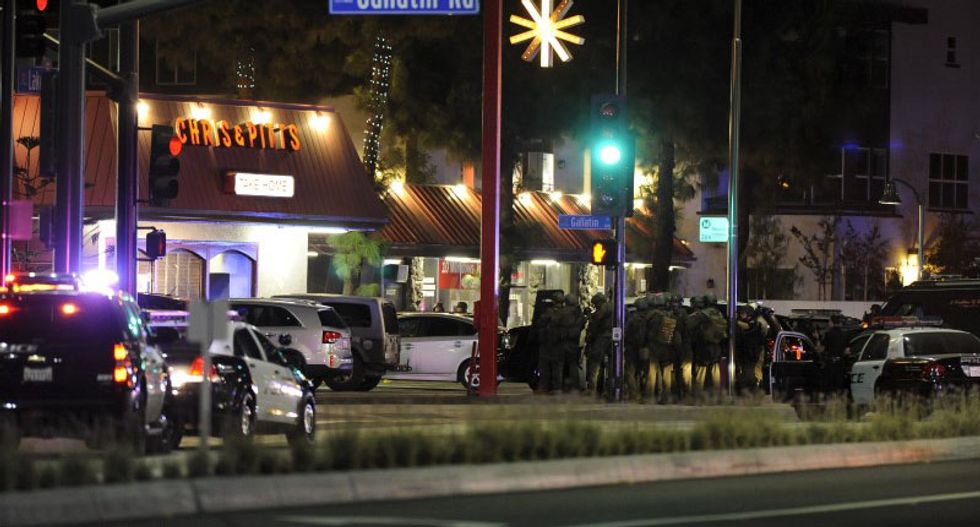 An armed man holding several hostages in a Los Angeles restaurant was shot dead on Thursday night as police stormed the building to free the hostages, police said, though it was not clear whether an officer fired the fatal bullet.

Investigators will determine whether the gunman, who was pronounced dead at the scene, was killed by a police bullet or his own weapon, he said.

Police said the unidentified suspect had stolen two cars, one of them at gunpoint. He led officers on a winding chase through Los Angeles, narrowly missing a cyclist and crashing into another car before running into the restaurant firing his gun.

"He had absolutely no concern for the safety of the public," Parker told reporters.

Dozens of people were able to escape from the restaurant, which was in the middle of a busy dinner rush, authorities said. Local media said about a half-dozen people had been taken hostage.