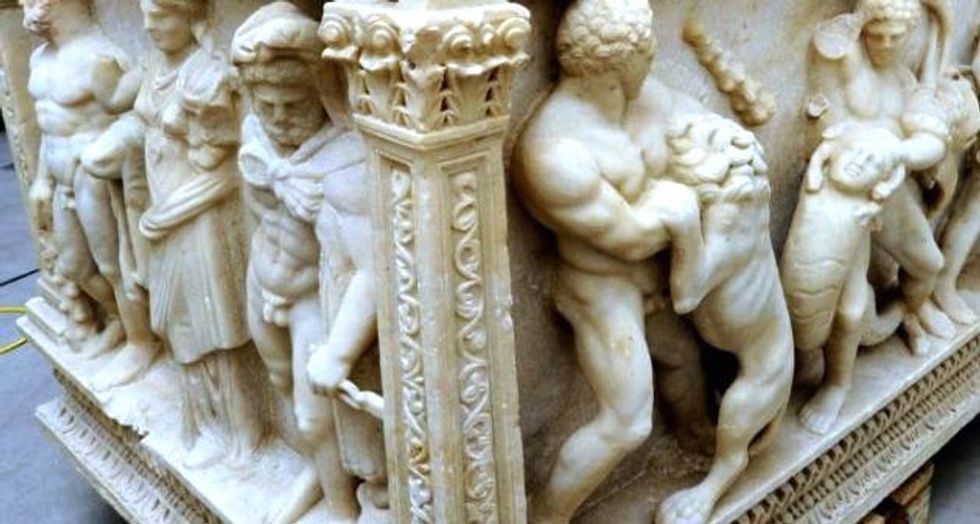 AFP/AFP - This picture released on September 23, 2015 by the Office of the Attorney General of the Canton of Geneva, shows details of a marble Roman sarcophagus (Ad150-180) that the office has decided to give back to Turkey

A Swiss public prosecutor has ordered that a precious Roman-era sarcophagus be returned to Turkey five years after it was seized by customs in Geneva, an official statement said Wednesday.

Considered a major archaeological find, the sarcophagus depicts the 12 labours of Hercules and was sequestered at the Geneva Freeport warehouse complex in 2010.

The prosecutor, from the Swiss canton of Geneva, said in a statement that the decision can be appealed in the next ten days.

The sarcophagus was seized in December 2010 by the Swiss customs administration following a inventory check.

It was part of the inventory of Phoenix Ancient Art which specialises in antiquities.

In March 2011, the federal culture office said that the sarcophagus came from Turkey, from the ancient city of Dokimion -- or the present day Antalya region.

The culture office also said that it was sculpted towards the end of the second century, when the area was under Roman rule.

It is an object of "priceless cultural value", according to Geneva authorities.

Turkey has sought to get the sarcophagus back since 2011.

In October 2013, the magistrate in charge of the case travelled to Turkey to hear witnesses and examine evidence.