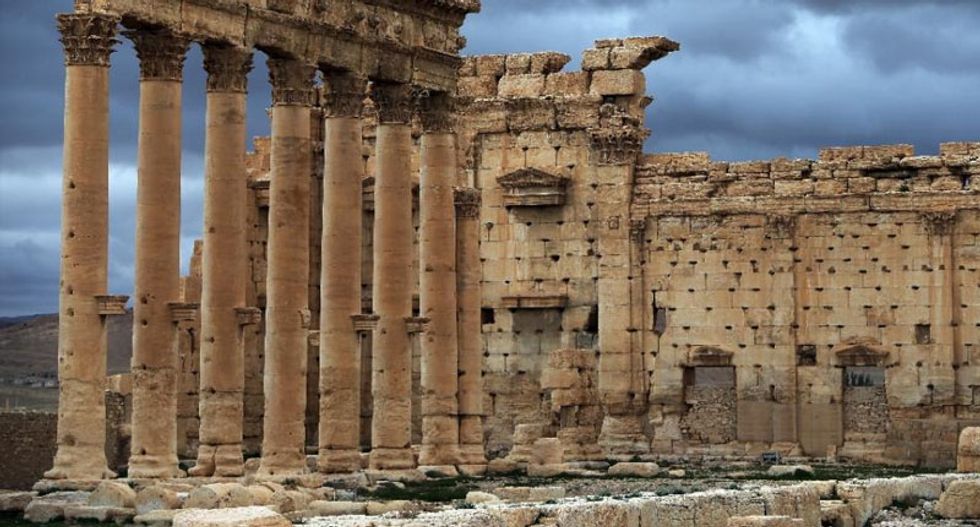 Archaeological sites in Syria are being looted "on an industrial scale" and the proceeds from the plunder are funding Islamic State extremists, the head of UNESCO warned Wednesday.

"Satellite imagery shows that archaeological sites in Syria are dotted by thousands of illegal excavations... that show there is looting on an industrial scale," Irina Bokova said in Sofia.

"Limiting the trafficking in cultural property is a top priority because it finances the actions of the extremists," she told a conference.

"The world expects from us to undertake decisive and uncompromising actions... to stop this source of funding for the extremists."

In four years of civil war and with Islamic State controlling large swathes of the country, the Association for the Protection of Syrian Archaeology (APSA) says that more than 900 monuments and archeological sites have been looted, damaged or destroyed.

The jihadists have blown up several famed tower tombs at the UNESCO-listed world heritage site of Palmyra, which they captured in May.

In August, they murdered the 82-year-old retired head of antiquities in Palmyra, Khaled al-Assad, and hung his mutilated body in public.

Bokova said the destruction at Palmyra "is an impudent crime against civilisation because it was a symbol of cultural dialogue, a material proof of the ability of cultures to interact... This is what the extremists are seeking to destroy."

Bokova urged the European Union to strengthen its legislation in relation to the import of cultural property, adding to a panoply of tough EU measures.

Speaking to journalists on the sidelines of the conference, she however noted that artworks from Syria were trafficked "globally, and not just to Europe and the United States."

"The first important step on the international level is the ratification and implementation of the 1970 UNESCO Convention of the means of prohibiting and preventing the illicit import, export and transfer of ownership of cultural property," Bokova said.

A total of 129 countries, including Syria, have already ratified the convention but the UNESCO head said "only comprehensive ratification will make it fully effective."

Bokova also stressed the need for a global campaign "to counter the propaganda for cultural cleansing" waged by Islamic State.