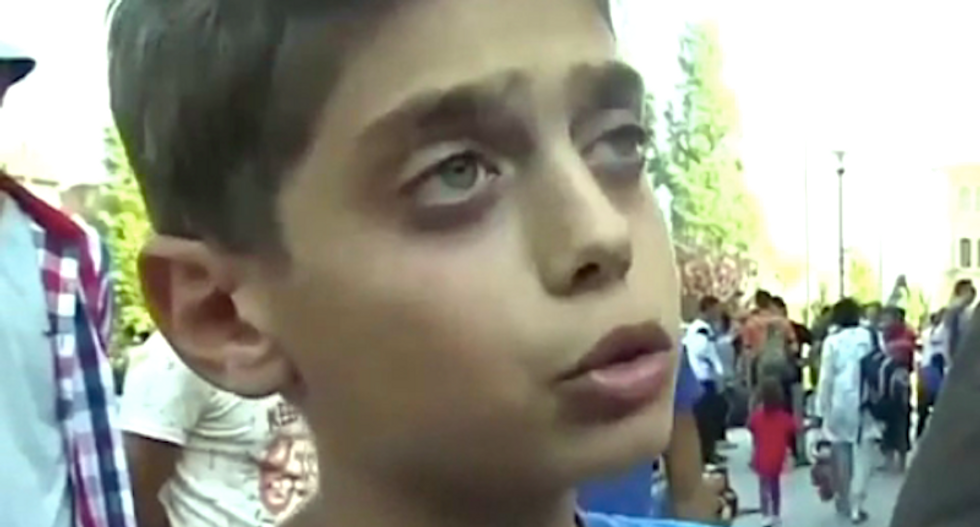 A photo showing the tiny, lifeless body of a drowned Syrian refugee washed up on a Turkish beach has revealed the human tragedy unfolding along European shores.

The child has been identified as 3-year-old Aylan Kurdi, and Turkish media reported that his 5-year-old brother was among at least 12 Syrians who drowned while trying to reach the Greek island of Kos.

The boys had fled with their parents from Kobani, where Islamic State militants have been battling Kurdish forces.

Tens of thousands of refugees have fled the fierce fighting to Europe, where many governments have moved to block their entry.

More than 2,000 refugees, mostly men and boys, are waiting in Budapest, Hungary, where they have been blocked from traveling to Germany and other European Union nations.

Hungarian right-wing nationalists have surrounded the refugees, screaming insults at them as police hold them back from attacking the migrants.

"We have to reinstate law and order at the borders of the European Union," said Zoltan Kovacs, a spokesman for the Hungarian government.

But a video posted on the Vine social media service shows one teenage boy explaining that he and other refugees would rather not flee their homes.