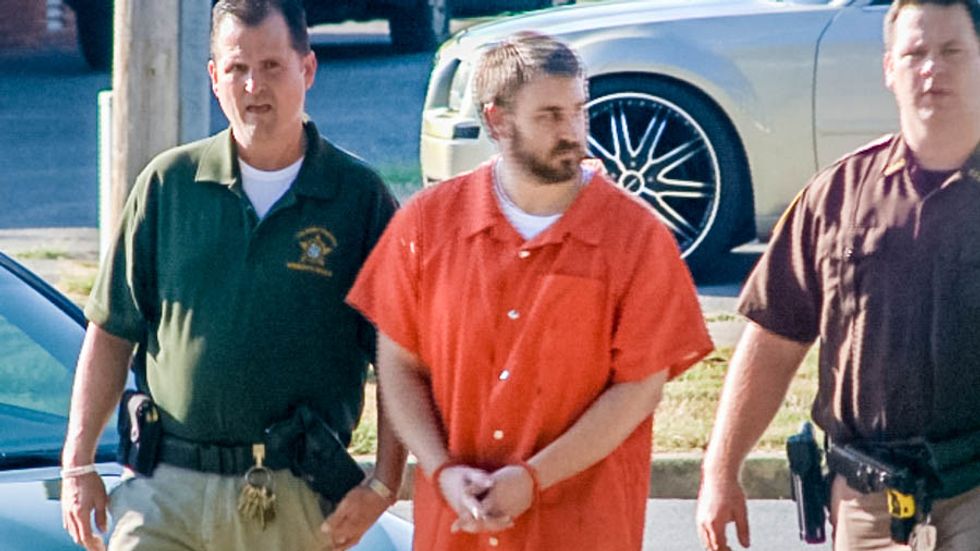 Kyle Adcock is escorted to court by two deputies (WHNT)

Parents in North Texas want to know why a pastor with pending charges of child rape and sodomy in Alabama has been hired by the First Baptist Church of Bedford.

According to Alabama court documents obtained by KDFW, Kyle Adcock faces charges for 29 counts of sexually abusing a 14-year-old girl while he was working at Woodward Avenue Baptist Church between 2010 and 2012.

Julie Brooks and Jennifer Fawks told KDFW that they were concerned after learning that Adcock had been hired as a music minister because their children take classes at First Baptist Church during the week.

"Kids trust ministers," Brooks explained. "And so if they are approached by someone that works in the church, you would trust them. You would have no reason not to."

First Baptist Church Pastor Steve Knott insisted to KDFW that the church usually performed background checks on employees, but said that Adcock was only working as a temporary employee in the music ministry. Knott also argued that Adcock had not yet been convicted of a crime.

A Google search for Kyle Adcock immediately returns dozens of photos and news stories resulting from his arrest last year.

Adcock's mother had testified at the time that there was a job waiting for her son in Texas if the court agreed to release him on bail.

But Brooks and Fawks said that Adcock should not have been hired until he was cleared of the charges.

“Until that has been proven one way or the other, you are not put back in a situation where this problem started from,” Brooks remarked.

Adcock's trial was expected to begin later this year.