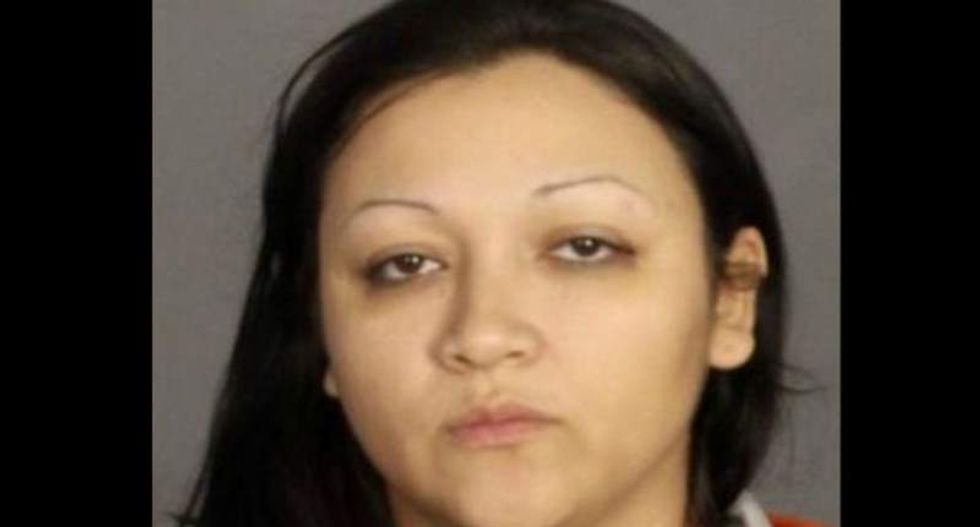 A Texas woman taken into custody in a suspected drug arrest has been charged with violating state concealed firearms laws by hiding a fully loaded, snub-nosed handgun in her vagina, police in Waco said on Tuesday.

Ashley Castaneda, 31, was also charged with methamphetamine possession. She was in a car with a man that was pulled over for a traffic violation and officers found the drugs inside the vehicle, police said.

On her way to jail, Castaneda told police that she had concealed the handgun in her vagina, making the disclosure out of fear it could go off during the trip, according to police.

"Officers immediately stopped and a female officer searched Castaneda discovering she had in fact placed a loaded Smith and Wesson pistol inside her body cavity," police in the central Texas city said in a statement.

"The weapon had a round chambered and a full magazine of bullets," police said.

The suspect had been searched at the scene and the gun was not found because of the way it was hidden, said Waco Police Department spokesman Sergeant Patrick Swanton.

"It is conceivable that the gun could have gone off inside our suspect and that would have been deadly because of the proximity to internal organs," Swanton said.

The man in the car with her in the Monday night incident, Gabriel Garcia, 30, was charged with methamphetamine possession.