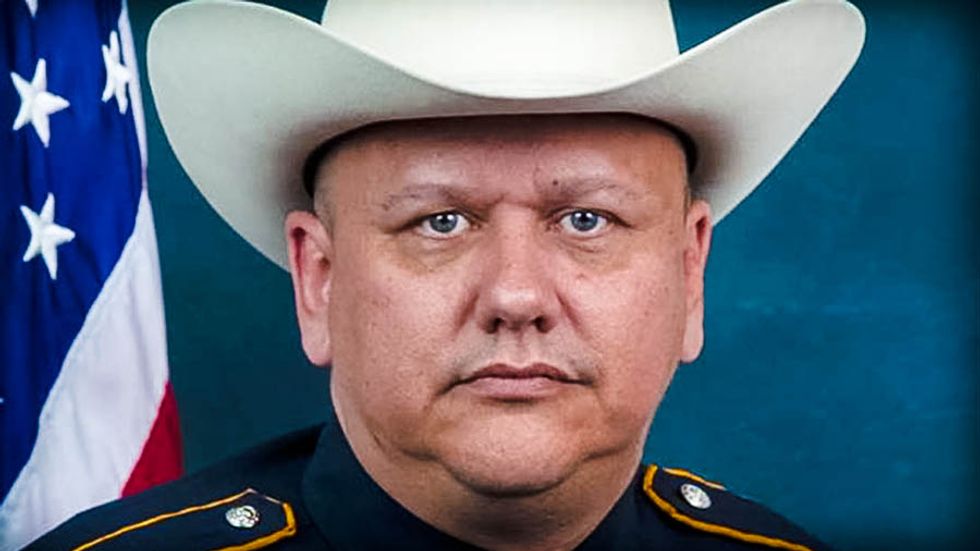 Law enforcement officers in Texas are raising money for a deputy who was shot to death last month by raffling off guns.

Shannon J. Miles was accused of “an unprovoked, execution-style killing of" Harris County Deputy Darren Goforth at a gas station in September. Authorities suspect that Miles put a .40-caliber Smith and Wesson to the back of Goforth's head and fired 15 times.

Todd Stone, Deputy Managing Editor for Business and Sports at the Houston Chronicle, noted on Wednesday that local members of law enforcement had put together a fundraiser for Goforth's family.

For the price of a $5 raffle ticket, supporters will be entered to win one of five firearms, including an assault-style rifle and a Glock pistol with the same caliber that was used to kill Goforth.

Over a dozen members of law enforcement were listed as organizers of the event. A flier said that more guns were expected to be added before the Sept. 26 raffle began.

Supporters of Harris Co. Deputy Goforth, who was shot/killed at a gas station, are fundraising via firearms raffle. http://t.co/Y63zWlSard
— Todd Stone (@Todd Stone) 1443027465.0