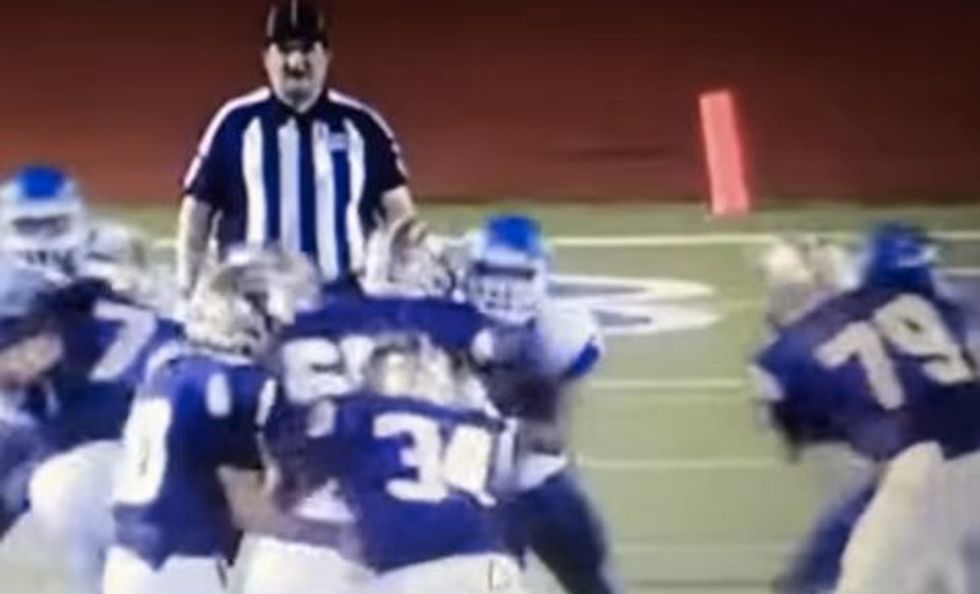 An assistant Texas high school football coach ordered his players to blindside a football official during a game as payback for what the team perceived to be the official's use of racist language, TV sports network ESPN reported on Wednesday.

In a letter detailing his interactions with the head coach after the game, John Jay High School's principal said the team's secondary coach, Mack Breed, admitted he "directed the students to make the referee pay for his racial comments and calls," according to evidence gathered by ESPN's "Outside the Lines."

Officials from the Northside Independent School District in San Antonio, which oversees the school, were not immediately available for comment.

The official, Robert Watts, denies that he made any racially charged comments, his lawyer has said.

A viral video clip of the game in September between John Jay and Marble Falls High School shows two John Jay defensive backs lining up behind the official, with one running into him from behind and the other driving into him just after he was knocked down.

The two players were ejected from the game, which John Jay lost 15-9. They are now attending a different school.

Breed, 29, has been put on administrative leave pending investigations by the school district, the governing body of Texas high school sports and police in Marble Falls, who have launched a criminal probe of the incident. Breed has not commented publicly on the incident.