The continuing Republican war on gynecology 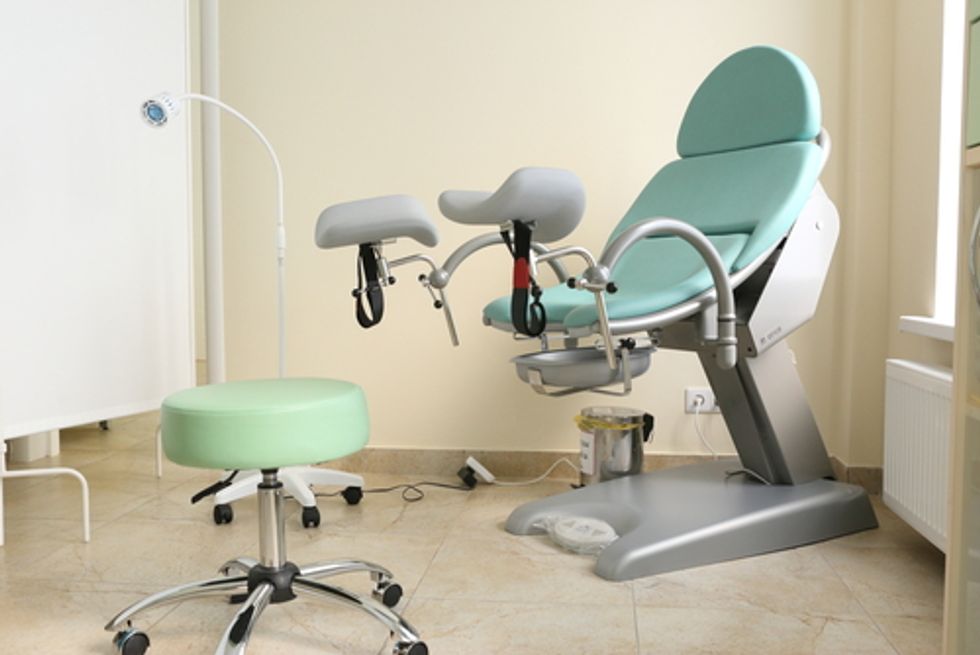 Not until you're ready to make a baby, ladies!

If you've been following the defunding efforts aimed at Planned Parenthood, it becomes quickly and abundantly clear that despite all the handwaving about "fetal body parts", the real goal is to cut women off, especially poor women, from health care that makes it possible to have a healthy sex life. But of course, Republicans are trying to hide that. The ideology behind this drive, which holds that no one should have sex before marriage and only for procreation after, is wildly unpopular. But man, the efforts at pretending that this is about anything but destroying access to sexual health care are paper thin.

Catherine Rampell of the Washington Post shares one example, out of Louisiana, where Planned Parenthood is suing to keep Gov. Bobby Jindal from forbidding Medicaid patients from using their clinics.

Planned Parenthood Gulf Coast and three anonymous patients sued to block Jindal’s decision. The plaintiffs also argued the decision would inflict “irreparable harm” to its 5,200 Medicaid patients, who have nowhere else to go for care.

In response, the state submitted a list of 2,010 other providers these patients could patronize. Except this was not actually a list of family-planning practitioners; it was a list of all Medicaid-enrolled providers — including audiologists, ophthalmologists, radiologists, nursing homes and, yes, dentists. (As a cheeky Mother Jones writer observed: “They know ‘vagina dentata’ is a myth, right?”)

Indeed, out of the 2,010 clinics that Louisiana falsely claimed could offer family planning services, only 29 actually do. But in reality, even that 29 number is too big, as Rampell explains:

But there’s no evidence these 29 can absorb the thousands of patients who would be displaced, given that Planned Parenthood serves an estimated 30 percent of the female contraceptive clients who use publicly funded clinics in New Orleans, and 60 percent of those in Baton Rouge.

Some providers on that pared-down list don’t even prescribe birth control; one has a two-month wait for new patients (which, if you have a time-sensitive need like a Depo-Provera shot or just had a positive cancer screening, is unacceptably long). Some aren’t even taking new patients.

Rampell writes that this shows "Republicans officials apparently don’t care enough about women’s health to make the effort to really understand it". I would go a step further and say that it's not that they don't care, but they actively hate and want to destroy. Driving all this is a belief that sexual health care itself is immoral, and that society would be better off if women's access to gynecological care was restricted to obstetric care so that they can grow babies, which is literally the only thing you're supposed to want to have sex for. For everyone else, the theory goes, the only health care you need is celibacy.

If that sounds over-the-top, well, it is. But I'm not making this shit up.  (I wish!) Jindal hinted at this on an Iowa talk radio show, where he argued that his state's high STI and unintended pregnancy rate is somehow proof that Planned Parenthood needs to be shut down. "If they’re doing such a great job, why aren’t these things better?" he said. "We should cancel their contract for no other reason, just that they’re awful at what they do.”

Jindal likely didn't come up with this idea that more sexual health care somehow makes sexual health problems worse on his own. In anti-choice circles, there's long been this theory that providing contraception and STI services actually increases the rate of unintended pregnancy and STI transmission. The theory is that by making these services available, you give people "permission" to have sex.

Indeed, some versions of this theory actually suggest that promoting safe sex actually causes sexual desire where none existed before. That's the theory promoted by the American Life League, which has put out a video claiming that by educating kids on safe sex, Planned Parenthood is creating a desire to have sex---or, in their parlance, "hooking" people on sex. The theory is rooted in this notion that people don't have much natural desire to have sex and, if left to their devices, sticking penises in vaginas would never occur to most people at all. And so, the theory goes, Planned Parenthood actually teaches people to want sex, so that they will get pregnant on accident and they can make all that sweet, sweet abortion money.

So that's what Jindal is stabbing at, a claim that by cutting off sexual health care services, people will simply stop having sex---maybe even stop wanting sex---and voila! STI and unintended pregnancy problems disappear. This isn't limited to Jindal, either. As I chronicle at RH Reality Check, SBA List has been busy trying to implant the idea that the only legitimate sexual health care is "pregnancy-related", i.e. if you're not getting prenatal care, then they don't see why you need a doctor at all.

That's why Republicans don't mean it when they say women should go elsewhere. They really do not want them to. The end goal here is cutting off services completely in hopes that this compels you to stop having sex altogether. And if you do have sex and get an STI or pregnant? Well, that's your just desserts for fucking in the first place, and not their problem.

This is all very radical, but there's reason to worry that there's an audience for the idea that "good" women don't need to see a gynecologist for any other reason but baby-making. A survey of women in the United Kingdom found that a whopping 20 percent of them believe that cervical cancer is the result of "promiscuity". And that's in a place that doesn't have nearly the same level of Bible-thumping as we have here. This idea, that gynecological care is only for dirty sluts who don't deserve it in the first place, is probably not widespread, but it's what's driving the anti-choice movement. It's why they want to take out Planned Parenthood. It's why they threw a fit over the HHS defining contraception as preventive health care. It's the belief that may lead to yet another government shutdown showdown.