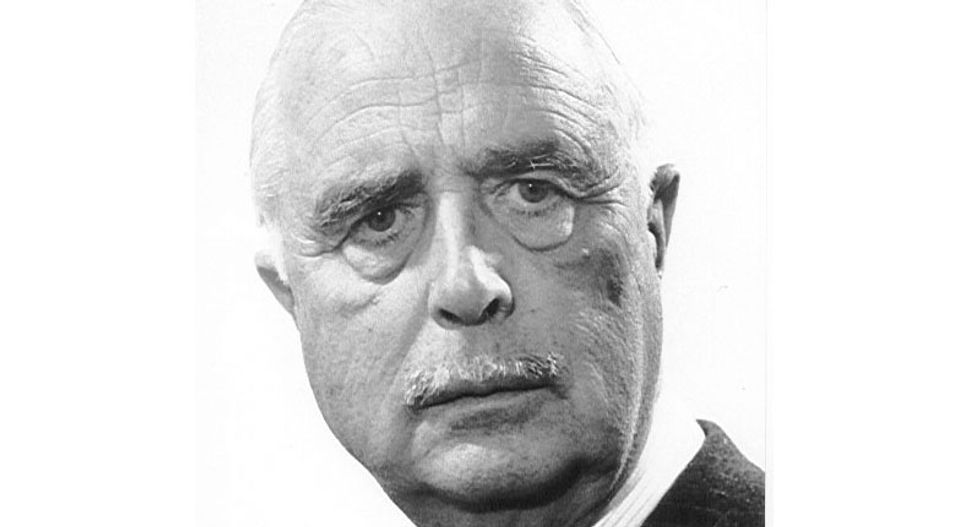 Imagine you have stumbled upon a world shattering piece of information. Perhaps you’ve discovered the cure to cancer, and supporting you in your endeavor are the resources of an internationally renown and respected organization that can easily facilitate the spread of this information and help you apply it to the world. All that needs to be done is for you to speak up about it. But you don’t. This choice then results in the needless loss of life until someone else is able to develop the cure.

For one man though, there was no need to imagine this scenario, as he lived it. His name was Carl Jacob Burckhardt and he was a historian. Burckhardt knew that Adolf Hitler and the Nazi party had the intention of executing all Jews who lived in Nazi occupied territory. He was a member of the executive board of the International Committee of the Red Cross and he had a positive reputation for his work on a three-volume biography on Cardinal Richelieu. He could have blown the whistle on Nazi Germany, the international community would’ve listened to him due to who he was, and Burckhardt could have saved millions from the horrors of the Holocaust. The historian who saved lives! Here was a man who could have altered the course of history, yet he chose silence instead. He chose the easy role of the complacent bystander instead of the difficult role of the heroic whistleblower.

In Professor Walter Lacquer’s essay “The Terrible Secret: Some Afterthought,” part of an essay collection titled The Individual in History, Lacquer explores the role that individuals like Burckhardt played in the Holocaust. The article is part of an ongoing effort to understand why it took so long for the news of the Holocaust to become widely known. He’s published several works on the topic including, The Terrible Secret: Suppression of the Truth about Hitler’s “Final Solution” and Breaking the Silence: The German Who Exposed the Final Solution (co-authored withRichard Breitman).

So how did Burckhardt, a biographer of Cardinal Richelieu, history professor and diplomat who happened to be a Red Cross executive member, come under Professor Laqueur’s microscope? Was it because Laqueur had discovered that Burckhardt was a closet anti-Semite and wanted to set the historical record about Burckhardt straight? After all, Burckhardt’s father Adrian Burckhardt, a Renaissance historian was a known anti-Semite. Maybe Burckhardt believed that Germany would triumph and believed that it would work out better for him if he didn’t rock the boat. He was after all described as a pessimist. Perhaps he just didn’t care.

It all starts with the Reigner Cable, the telegram sent by Gerhart Riegner in 1942 warning of the intentional destruction of the Jews of Europe. Serving as the representative of the World Jewish Congress in Geneva, the thirty-year old Riegner sent a report to various institutions, including the State Department of the United States and to the British Foreign Office. Laqueur describes how Riegner made his discovery:

Riegner had received the information that led to his cable from Isidor Koppelmann, the Basel businessman who had been the liaison with the German industrialist Eduard Schulte, whom he had met on several occasions earlier on. Where did Schulte’s information originate? In all probability the informant was production manager Otto Fitzner, his number two at Giesche, the mining company of which he was the director. Fitzner was a veteran Nazi and close to Karl Hanke, the supreme Nazi leader in Silesia (Fitzner’s role is now being investigated by scholars in Germany).

After Riegner had received this information, he began his attempts to disseminate the information. This took him to the US embassy in Geneva, where he handed the cable over to the chief envoy, Leland Harrison. From there, Harrison insisted

on confirmation by a trustworthy outside source, and since Burckhardt’s German contacts were well known, he was particularly eager to hear from him. The Jewish representatives contacted Burckhardt through an academic colleague, Prof. Paul Guggenheim, and surprisingly, while asking for the strictest secrecy, Burckhardt confirmed Schulte’s message; he had heard from a contact in the German Foreign Ministry and one in the War Ministry (and also from a German diplomat in Switzerland) that there had been a decision on the highest level “to make Nazi-occupied Europe ‘judenrein.’ ” This was the official term used at the time for the deportation and the murder of the Jews.

A few weeks later Burckhardt was contacted by Paul Squire, the American consul in Geneva, who sought his confirmation once again. But on this occasion he was noncommittal; perhaps he was afraid that he had gone too far at the earlier meeting. In any case, it was remarkable that on at least one occasion he was willing to share information with foreigners that he had refused to give to his own colleagues. One can only speculate what his motives were.

Burckhardt had the opportunity to use his authority as Vice Chairman of the Red Cross to intervene and save lives but didn’t. Even after the war, he remained silent, never publically expressing remorse over his inaction. Actually, he forged documents to create his own idealized record of his service during the war.

Laqueur has not managed to find the precise reason why Burckhardt chose silence; more than likely the explanation died with him. His Wikipedia page doesn’t mention his role as a concealer of information about the Holocaust. It should.

The historian who knew about the Holocaust and decided to say nothing. What a way to be remembered.

By Alexander S. Collie, a student at Longwood University and an HNN intern.