'The only one to call out Zionists': Ann Coulter's 'f—ing Jews' rant sparks ugly Twitter defense 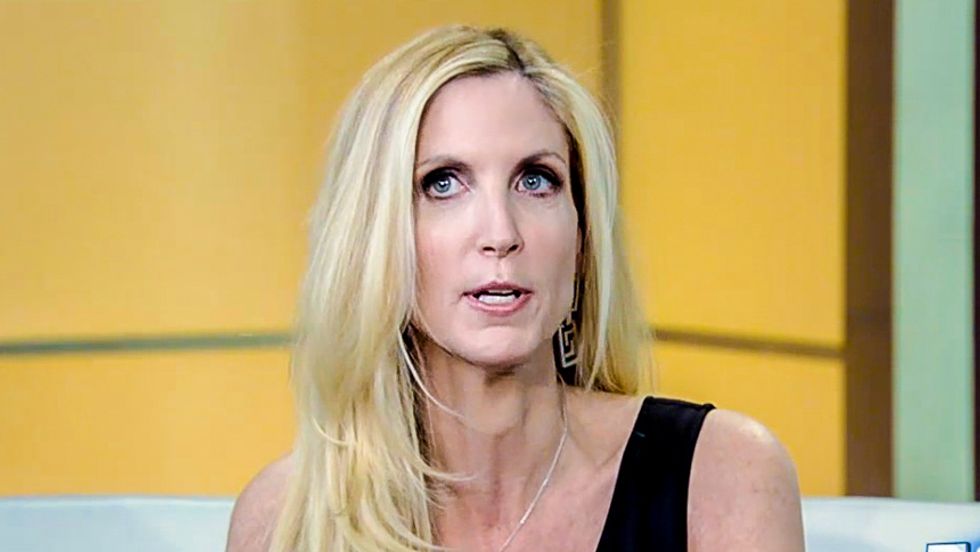 While author Ann Coulter was quickly criticized for what she said was a slight against Republicans for "pandering," her rant picked up support from other conservative Twitter users, the Daily Beast reported.

The tag #IStandWithAnn began spreading a day after she posted, "How many f—ing Jews do these people think there are in the United States?" toward the end of a GOP presidential candidate debate on Wednesday. She later speculated that it was an effort by the candidates to "suck up to the Evangelicals."

Both the Jerusalem Post and the New York Daily News, among other outlets, noted the backlash against Coulter's remarks, which included the Jewish Anti-Defamation League describing them as "ugly, spiteful and borderline anti-Semitic," and actor Seth Rogen calling her "a horrible f*cking idiot" in a separate Twitter response.

Coulter later stated that her remarks were meant to be "anti-pandering," rather than anti-Israel.

At the same time, though, former Ku Klux Klan Grand Wizard David Duke defended Coulter on his radio show, saying she "hit the nail on the head regarding pandering on Israel."

Other conservatives followed suit, as seen below:

The Beast also noted that Iran's Supreme Leader, the Ayatollah Khamenei, posted a similar criticism regarding the debate:

US govs put their people under Zionists custody.Isn’t it a shame that presidential candidates try to satisfy Zionists&prove their servitude?
— Khamenei.ir (@Khamenei.ir) 1442503174.0

And one user took the opportunity to mock Coulter while also making fun of Donald Trump: