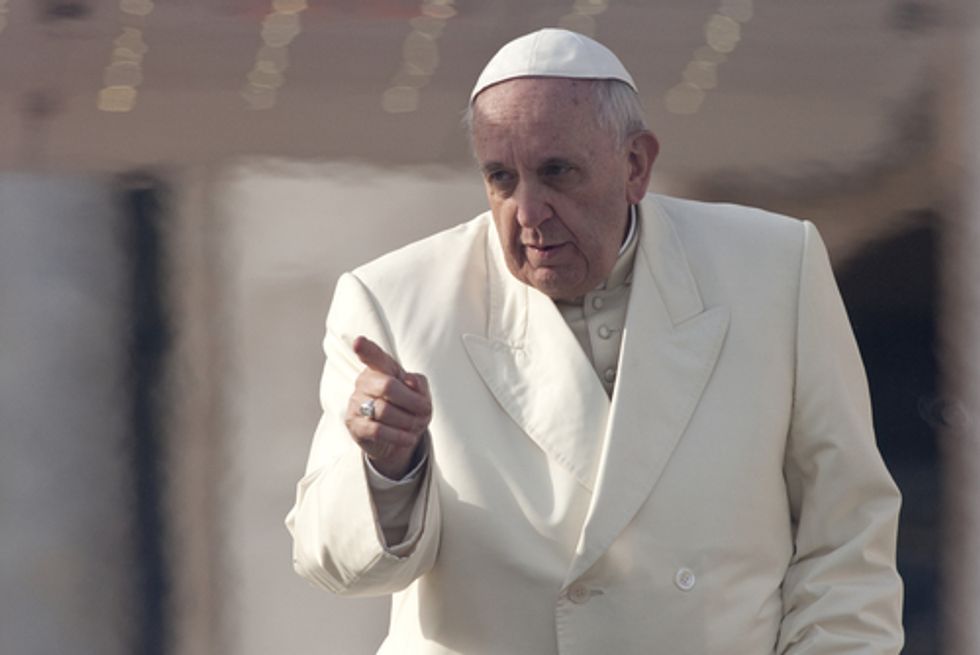 Pope Francis on Tuesday announced sweeping revisions to the Catholic Church’s marriage annulment process, changes that are designed to speed up and simplify the often lengthy procedure. The revisions, according to Vatican experts, appear to be the most far-reaching made to the church’s annulment process in centuries....

The changes will eliminate a requirement that all annulment decisions get a second judgment and will allow local bishops to expedite the annulment process for some cases. The annulment process will be free of charge, though many dioceses had already eliminated the administrative fees for marriage annulments, according to a Vatican spokesman. The revisions also expand the role of local bishops in judging nullification proceedings.

I'm skeptical of this, as I am with the "abortion forgiveness" move. In both cases, the Pope is tweaking things so that the church doesn't give up even an inch of ground when it comes to telling people they are a bunch of worthless sinners because they are sexual. It doesn't do anything to change the sadistic church teaching that holds that God loves to punish and judge people for acting on urges that, by their own measure, he gave to people in the first place. All this is about is making it slightly less of a hassle for people who have had to leave the church to return, by making it possible---though still miserable---for them to get "forgiveness" for being human. All this accomplishes is drawing people in closer so they can be lectured more---and have to give tithing money for the pleasure!---about how they are wicked for wanting to enjoy their short lives while they still have them, instead of wasting away in family situations that are mentally destroying them.

It's spiritual abuse, in other words. And like many abusers, the church is smart about luring victims back in, with promises about how it's going to be different this time, when of course they intend to go right back to the old abusive behavior.

Which is why I was kind of pleased to read about conservatives throwing a fit:

Yet as he upends church convention, Francis also is grappling with a conservative backlash to the liberal momentum building inside the church. In more than a dozen interviews, including with seven senior church officials, insiders say the change has left the hierarchy more polarized over the direction of the church than at any point since the great papal reformers of the 1960s.

I hope they just get more avid about this, honestly. I think they should start demanding the excommunication of everyone who has ever used contraception, masturbated, or even considered doing either. Just keep running people off and throwing people out until there's no one left. And then pat yourself on the back about how "pure" you are in front of your completely empty pews. I don't see any downside to that. The conservatives get to feel sanctified and the people who are caught up in the impossible task of trying to reconcile their very human selves with the misanthropic church teachings might actually get enough distance to realize that it's really not healthy to hang around people who tell you that you're wicked because you want basic things like to only be married to someone you love or only have children when it's a good idea for you and your family.