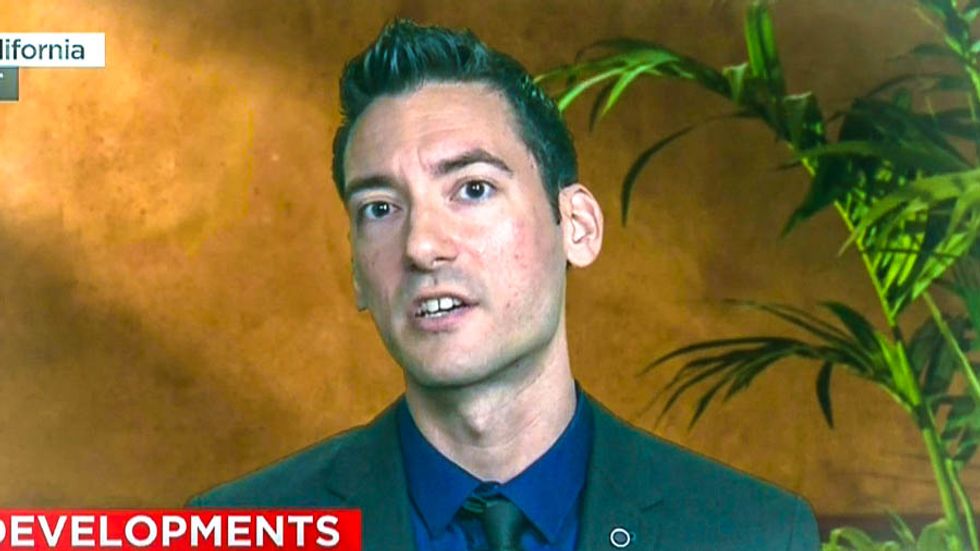 David Daleiden, the project lead Center for Medical Progress' anti-Planned Parenthood campaign, admitted on Wednesday that an alleged fetus on a table that GOP presidential candidate Carly Fiorina described during a graphic anti-abortion rant was actually from a miscarriage.

During an interview on CNN, host Chris Cuomo asked Daleiden to verify Fiorina's claim at a recent debate that she saw a video of "a fully formed fetus on the table, its heart beating, its legs kicking."

"Carly Fiorina was referencing a sequence in our video that shows footage of a born-alive infant from a late term abortion actually moving in the specimen pan," he explained.

"But if you're talking about organ harvesting and abortions and how terrible they are why would you use a stillborn fetus, which is not a function of an abortion?" Cuomo asked.

"It's the same baby, whether it's born dead or alive, whether the organs are harvested or not," Daleiden replied.

"It's also completely irrelevant to the point you're trying to make, which is, 'Look at what they do to these babies,'" the CNN host pressed. "It was born stillborn. It was not aborted. Doesn't that matter to you if you're talking about abortion?"

"It's the same kind of fetus," Daleiden continued to insist.

"My point is context," Cuomo shot back. "You're saying, 'what they do in abortions,' that wasn't an abortion. That's my point."